TSHFT, the Meta and Tournament Structure

You are here: Home › 40K › Editorial › TSHFT, the Meta and Tournament Structure 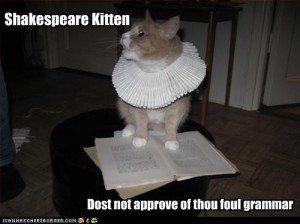 I be back with more incredible grammar and 40K pontifications!

Hey everyone, Reecius here from Frontline Gaming to talk about our recent trip up to Seattle to attend TSFHT. TSHFT, a 70 player, 2000pt 40K tournament is put on by Zen and his crew and is a really fun, well organized event that I highly recommend attending in the future.

First off we’d like to say it was a pleasure meeting all the folks that previously we had only ever talked to online. That is one of the coolest parts of traveling to tournaments: making new friends and catching up with old friends you only get to see at events. 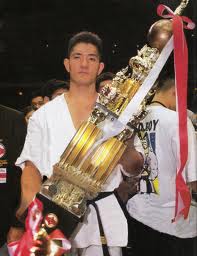 Second, a big shout out to the tournament champ: Jeremy Veysseire went 5-0 against some tough comp with his Ravewing! Dark Angels off to a strong start, it seems. Jeremy was using the following list:

That Banner of Devastation combined with the bikes is just brutal. A mobile, scoring unit heavy army that puts out 4, twin-linked shots a piece is absolutely devastating against infantry (Banner of Devastation, devastating to infantry….I make a funny!). The combination of firepower, decent assault in Sammael, the command squad and the Black Knights; debuffing in the Grenades and general speed and slipperiness of the army proved to be too much for the rest of the field to handle. Hit and Run and Skilled Rider are just amazingly useful. Kudos to you, sir! Jeremy has written up a battle report and list break-down for Frontline Gaming which will be up on our site Thursday and Saturday of this week for anyone interested in reading more about it. 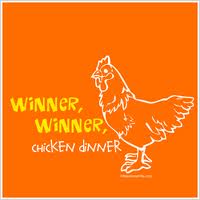 The event overall winner was Alan Bajramovic with his Nids. Alan also won the ETC singles and WargamesCon last year, so he’s been on a hot streak! His Nids were really aggressive, with 2 Flyrants, the Doom and a unit of Zoeys in sPods, Ymgarls, 2 Tervies and a host of Gargoyles. His army relied on reserves, overwhelming amounts of high threat targets and speed. Alan did very well with it, and only lost to Jeremy in the finals. Alan won best overall due to his paint and sports scores giving him the edge. Alan also won a beautiful, fully painted Caestus Assault Ram which was painted by Stiff Neck Studios, lucky git!

I love seeing Nids do so well as I play them competitively myself and I have found very few armies that really give me trouble outside of Mech Dark Eldar and now (for very similar reasons: speed and overwhelming flak) Ravewing. Despite what many on the internet might say, Nids are very good right now, and while a lot of the units in the book are pretty crummy, the good ones are REALLY good. My list plays more of a “move to the middle of the board and react to the enemy” style than Alan’s “smash their face” list, but his experience reinforces my belief in their ability to hang with the big dogs.

Frankie, my business partner at Frontline Gaming and fellow Team Zero Comp member, brought the notorious Harliestar (Dark Eldar/Eldar Deathstar list) to the event. He lost to Alan in a very close match round 4 when he made a tactical error mid game which Alan capitalized on. He tied against Ben Cromwell’s Deathwing/Grey Knights in game 5. Despite the fact that Ben only had a single model left on the board, he managed to tie in what is a really bad match-up, so well played to Ben (who also won his bracket!).

Deathwing was well represented at the event and they seemed to be performing quite well from my observations although they still suffer from the same problems they always have: low model count. Their increased flexibility though is really fantastic. Rules question for you all: Do the rules for Deathwing Assault supersede normal reserve rules? And further, how does Deathwing Assault interact with ICs joining a unit? 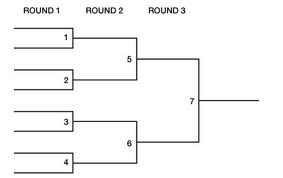 Further, in regards to the standardization of tournament formatting and scoring that we have been working on, we made some further steps. The ELO ranking is great in that it doesn’t matter how many players are at an event, how many rounds it has, etc. all that matters is who plays who, and what the result was. The other nice thing is that your ranking is not limited by country, etc. as the math behind it applies equally to everyone, everywhere. We therefore have a global ranking system as opposed to regional (although you can still see how you rank up within your country).

Last time I discussed this topic some folks brought up RankingsHQ as a ranking system already in place, which is very true and I am totally aware of it, but there are some issues I take with HOW they generate their scores that undermine the basic idea of a ranking system which is why we are doing this in the first place. I really enjoy RankingsHQ and appreciate their efforts a great deal though (and contribute a lot of scoring data and results to them), so this is not intended in any way as an insult to them. 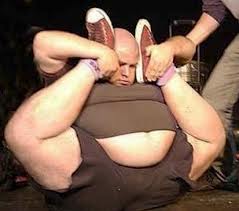 We also discussed the importance of a flexible system that allowed individual TO’s to still run their events the way they want to as much as possible. There would need to be a degree of conformity in order for the whole thing to work, but TO’s tend to be fairly individualistic with A type personalities by nature, so allowing each TO to give their player base what they want and still participate in the larger circuit is a win and likely will result in a higher degree of participation.

The idea of a uniform structure is starting to take shape from a vague outline to a more real, definite thing that I believe will really help to facilitate the ease of traveling from one event to another as well as generating accurate, meaningful rankings. I have also been in conversation with many other TOs around the country and the sentiments are mirrored. I believe it is only a matter of time before we are all on the same page. The great thing is when this happens, you can make one army and it will be viable at EVERY event! You won’t have to alter your army much, if at all, and you can go to any event on the circuit and know largely what to expect. This helps to ease the cost and complexity of getting out into the wider world of 40K and enjoy attending more events with fellow hobby enthusiasts!

Lastly I want to give a big shout out to Tastey Taste for organizing a trip to the bar, Cowgirls, in downtown Seattle. That place is out of hand and a big group of us went out and had a blast making new friends and drinking far too much the night before a 40K tournament!

33 Responses to “TSHFT, the Meta and Tournament Structure”