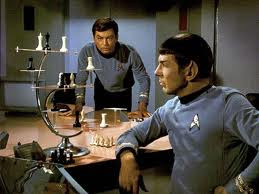 Reecius here from Frontline Gaming to talk about meaningful rankings in 40K. Rankings in 40K have always been a difficult thing to quantify. With the myriad tournament formats out there, comparing who is “the best” is a difficult task.
Now, I know some of the trolls are already jumping up and down and saying, “competitive 40K is st00pid!”  but it is human nature to rank things. We do it with everything, and it is fun to watch the rankings and tease each other about who is rising or falling. Whether anyone likes it or not, we’re going to compare ourselves to one another. If one does not like this, simply choose not to care about it and continue to play for fun.
The real issue is to find a system that generates meaningful comparisons. The issue is that 40K has so many dang variables that it really is extremely difficult to compare one player to another, each with an enormous amount of possible army builds. The game has 16 distinct armies, each designed to be played differently. The game also has 6 different missions, and 3 deployments for a total of 18 mission combinations. Within those missions, there are can be a variable number of objectives, objectives worth a varying amount of points, etc. Terrain varies from table to table and deployment to deployment. Even who goes first can have a dramatic impact on the game.
Add to this the fact that each TO is essentially the captain of his own ship and that we have an established history of independent tournaments with home brew missions, and you introduce an entirely new set of variables that ratchets the complexity of the system up to an absurd level.

In short, no two games of 40K will ever be the same, or even all that close to the same.
Chess on the other hand has only one variable: who goes first. And while the person going first has a slight statistical advantage, the game is as close to a level playing field as you are likely to find.
So why then do I propose the use of Chess rankings for 40K?
Simple. I believe it will work.
And it already is! I have been talking about it for several years now, but Zen, the head TO for the TSHFT events in Seattle, is already using them and has been for a while. As a competitive Chess player, it was fairly easy for him to convert the ELO rating system to 40K.
The great thing about the ELO system is that is very simply ignores most of the variables that are inherent to 40K. The only thing that matters in an ELO system is the result of the game. The sole requirement of the system is a W/L/D structure, which the BRB uses for book missions already, making this easy if you play book missions (or something close to it).
What’s great about this, is that it does not matter how many people are at an event, what type of missions you use, if there is comp or not, if there are soft scores or not, etc., etc., etc. The ONLY metrics that are measured are who played whom, and the result.
What this does is allow any TO anywhere to run his or her event the way they choose to and still participate in a world wide ranking system. We wouldn’t have to change anything (although a unified tournament format would be a boon to the community in my opinion, but that is a topic for another day) to implement it today.
ELO ratings are quite simple. Every player has a score, the higher the better. When two player play, the score of each player is adjusted based on the result. If a player with a high score beats a player with a low score, his score goes up a little, while the player with the low score goes down a little. If the player with the lower score wins, his score goes up a lot and the player with the higher score goes down a lot. That is a very simplistic explanation, but I hope it conveys the concept.
I believe this is the way forward, and with a little organization, will happen. We over at Frontline are working with a coalition of West Coast TOs to get the ball rolling on this using the infrastructure already in place and hope to have it going this year! If all goes well, no matter where you live, no matter how many tournaments you go to, you can participate in the fun of a ranking system and know that your rank is as fair and accurate as we are likely to get it.

You know what? I like this idea. I’m not sure if it’ll work, but I like it! The problem will be getting GT organizers to accept it, which won’t be easy, but if done properly I think would be great. It would change the Tournament scene however, as players would start taking lists designed to take down the “top player” at any given tournament.

That’s just the thing, the TO’s don’t have to do anything other than report who played whom, and what the result was, which they should be doing already. They can still score their own event the way they want to, just as long as they keep a spreadsheet of round by round pairings and results, which we can easily make.

ELO can be a fun thing and I liked Zen’s implementation of it. But it can be misused also, like I have heard of of an event forcing top ranked ELO players into matchups on round 1, or matching lowest against highest (neither of which is correct for true swiss matching). There’s also the possibility of using ELO as tie breaker, something I think is unfair and rarely done in chess tournaments.

Also there’s the whole protecting your rating thing. I know MTG dropped it because people were so scared of losing precious points. If it has any effect on winning an event (as it did for MTG, higher ranked players got swiss byes in early rounds much like top seeds in the NFL playoffs) then people will tend to protect their rating.

Finally access to events that are using the same ELO structrue is key. It worked for MTG because everyone was using it and there were weekly events *everywhere* that gave people a chance to actually get their points. If its just a handful of events a year then it only has meaning to those lucky few who either live in that area or can afford the time and money to travel and favors those who have gone for years.

Those are valid issues and I am glad to hear some of the concerns. However, we would continue to use standard Swiss pairings, no byes, and would not pair people based on ELO rankings. Second, we would not need to have any specific type of tournament structure beyond W/L/D format. That is the beauty of it as it doesn’t matter what the format is beyond that basic format, the TO’s have a ton of freedom. All they have to do is record who played whom and the result (which they are probably doing already).

Used in that way then I am all for it and would be interested in using it myself and championing it locally.

The only other thing I see is all the other competing options out there. RHQ, as flawed as their system is it is the most known ranking system for 40k at the moment. Getting people to switch could be problematic. Then there’s Feast of Blades which has already been creating their own circuit and championship.

Remember TSHFT is not one tournament but rather an on going tournaments. Zen use elo to match players at a similar level and not wasting players’ time by having clubbing baby seal matches. TSHFT is always about good game, a competitive game, rather than winning games

If my post came out as a criticism of TSHFT, then I apologize because that was not the point. None of my issues with elo apply to TSHFT.

Sorry, the point being that any ranking system that accept all types of tournaments will most likely increase the amount of participants, generally. I think this is a very important aspect of a ranking system.

I totally agree, that is why we’re trying to get this thing going! We believe it makes the games more fun and engaging. I am glad to hear that you have had a good reaction to it in Sweden.

When it started in Sweden there was many suggestions that most people thought was better on how the ranking was supposed to work. Making it chess-like was one of the most popular ones. However, many organizers doesn’t have the energy to save each match-up, put the information into a web-based system or the skill to do it in a descent way in excel. Also a lot of organizers make some mistakes in the match-ups caused much information to be strange. This caused the ranking to just use the final positions of each player contra number of participants as every organizer seemed prepared to send such an information and the reciever was prepared to insert it into the ranking. Keep it simple and you will get a much greater amount of tournaments in the system.

The swedish ranking system is calculated as:

Each player add the best points the latest 18 months which makes serious gamers needing to keep active to stay at the top and less serious not caring but still they will rise quite a few placements if they have 6 instead of just 5 games in the ranking making even less skilled players motivaded to keep playing.

I agree 100% that simplicity is paramount. We try to always keep things as simple as we can, it just makes the system more palatable and wide spread.

The ELO rankings, at least how we are proposing it, are super easy to track. All you have to do is keep track of who played who and who won. Easy peasy. Send us the spreadsheet and we upload it. It is a really straightforward system.