Dark Angels and the Direction of 40K

You are here: Home › 40K › Editorial › Warmachine › Dark Angels and the Direction of 40K 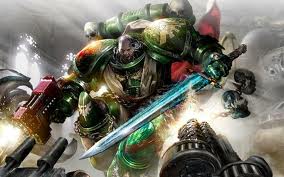 Let’s talk about the new Dark Angels and what they mean for the future of the game.

Reecius here from Frontline Gaming here to talk about what our boys in green mean for the future of MEQ armies and 40K in general.

The Dark Angels have always been a bit of an odd man out in 40K. They were my first army back in 2nd edition when they shared a codex with the Blood Angels. My friend and I split the book to save money and both starter collecting our marines, mine green, his red. But beyond the very simple color difference, I noticed a very distinct difference in the rules, too.

It seemed like the Blood Angels were better at everything than my Dark Angels. As a young guy, this really irked me. I didn’t understand why that would be. Of course as I got older I came to understand the inequities that are inherent in game balance. 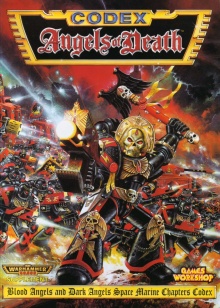 Over the editions though, not much has changed. Dark Angels have always lagged a bit behind their brothers. The last version of the book may have well have been called Codex: Deathwing/Ravenwing. In all the years the book was out, in all the games I played, I met two, and only two, players that regularly used anything but the aforementioned aspects of the codex. You could have honestly wondered if Dark Angels even had power armored marines had you not read the codex. That’s not to say more gamers didn’t use them, of course, but it was rare and that was because the other units in the book were overcosted for what you got. The Dark Angels were GW’s version of a beta test for the upcoming Space Marine Codex. Why they don’t do an actual beta and avoid all of the trouble is a topic for another day.

With this new edition of the venerable Dark Angels, it seems like we’re going to finally be getting a book that does the first Legion justice. From what I have gathered so far, they will have a wide variety of powerful and flavorful units, which to me, is the key to a good book. Now it will obviously all be dependent upon points costs, but what we’re seeing so far is good. Tactical Marines sound  like they’re getting the option for a Heavy Flamer. Boom! I love that. So long as it isn’t prohibitively expensive (looking at you, Flakk missiles!) it will be an excellent choice. Speaking of Flakk missiles, Tac Marines will be getting them as well, further adding to their flexibility. 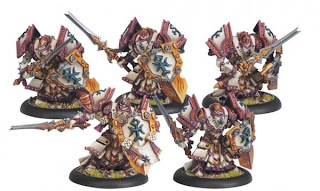 Another interesting point I took from what we’ve seen of the codex so far, is that there seems to be quite a bit of Warmachine influence. Aesthetically, the new Deathwing Knights look like Menoth style miniatures and they have rules like a Warmachine unit too, witgh a once per game “mini-feat” allowing them to increase their attacks to Strength 10, AP 2. I like that, personally. Anything that gives players tactical choices increases player engagement in the game for me, personally. It means you have to think about when to best use your ability. Compare this to Hammerhand, for example, which is essentially an at will ability, with only an outside chance of it not being there when the controlling player needs it. I hope to see more of these types of mechanics work their way into 40K.

In the past, as go the Dark Angels, so goes MEQs. If this pattern holds true, we will get an idea for the relative power level and feel for the most popular armies in 40K. I for one, am very excited to see what we get!

And, as a shameless plug, pre-orders go up on the 5th of January, and we here at Frontline Gaming offer 25% off retail and cheap shipping for any pre-orders. If you would like to take advantage of this, please email us your order at: orders@FrontlineGaming.org and we’d be happy to help you out!

Wow! Codex: Angels of Death – I’d forgotten all about that. I never felt that the Blood Angels were “more powerful” (with the obvious exception of Mephiston!), I just thought of them as assault oriented while Dark Angels were shooting oriented. I was playing Tyranids at the time, and won and lost my fair share to each army.

Now, oddly enough, I have a Ravenwing army among my models (yes – you hit the nail on the head – a “Ravenwing” army) and my friend who used to play the Dark Angels now has a Tyranid force. I’m looking forward to the new rules so that we can play a backwards version of our old fights.

Yeah, doesn’t that bring back some memories?! I loved that book, but I remember playing my buddy and his stuff was all so much better! Perhaps it was just my memory of it, but it always felt like an uphill battle.

I really do hope that the Codex is balanced and fun, as I do for EVERY Codex…

Having a fun army is really more important than a cheesy one, IMHO.

A powerful AND fun army is just awesome though. 🙂

I agree, and what I meant was an army that was flavorful AND powerful which is fun, IMO.

An army that gets kicked around the table top all the time is no fun.

True. It sucks to constantly get beat up on.

What I really want is for GW to reintroduce the Dark Angels’ stubborn reputation (besides the stubborn special rule). All fluff points to them being extremely resilient in the face of overwhelming odds. I’d like to see something that portrays that on the tabletop.

Hmmm…. 25% you say? Will these be on all orders taken at the same time as preoders as you’ve done before, or just preorders?

To qualify for the discount, you have to order something from the new release.

Son of Dorn
Reply to  Reecius

Hmmm…. I friggin love that dark talon. You may yet hear from me if I can get a disount on the OUTRAGEOUS price they’re asking for it. hahaha.

We’d love to hook you up!

Dark Angels were my first 40k army too and I’ve stayed true to them ever since 2nd edition (even as other people switched to “Green Marines”), so I am super excited that they are going to be getting the love that they deserve!

Hopefully they’ll get it right this time as we’ll see some differentiation between them and C:SM!

Oh, and Reece, I’ll be hitting you up in a couple days for a pre-order!

Awesome, we look forward to it!

Oh, and Ozzy, you were one of the two people I was talking about when I mentioned folks who actually used power armor Dark Angels! haha

Chris a.k.a. Ozymandias
Reply to  Reecius

Yeah, but even I haven’t used them in years (except for once, just recently, just for fun), especially since the FAQ update made Storm Shield Termies the go-to for DA players.

I had one last hurrah with the old book, taking out Christian’s IG/SW force was good end-cap to the current book (it helped that he couldn’t roll high for his melta shots and couldn’t roll low for his morale checks to save his life!).

If you can beat Christian with any army, you have done well. With Dark Angels, and I salute you, sir!