Guest Tactica by Facepuncher: Getting the most from your Wargear!

You are here: Home › 40K › Tactics › Guest Tactica by Facepuncher: Getting the most from your Wargear! 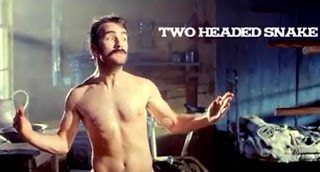 Hello all. I wanted to write a little bit today about unit value considerations and list development. As usual, disclaimer: This article is written with a competitive mindset. Competition just happens to be my favorite part of this game, but it is not the only reason to be involved in this hobby or even the most important reason (Getting hot babes is the #1 reason.. Obviously!).

Over the years and editions I have noticed a trend in rule development for 40K. In general, yes there are exceptions and counter examples, characters and units have gone from a more inclusive stand-alone rule set to a more synergistic rule set. Boy… that sounds really vague. What does that mean? Uhhh… Put another way, I guess I am saying that list/unit inclusions and evaluation must be done on a much more comprehensive and synergistic level to get the most value out of your army. Gone are the days when a unit or character will do it all for you (Even Draigo-star can only hold one objective [yes, yes, unless it combat squads smart-ass. I get it]).  I don’t think this is a new concept or even a particularly elusive idea to most players, but sometimes it is good to review the fundamentals and maybe see a way to “go deeper” on a basic concept.

As I alluded to above, I don’t think “synergy based value armies” has always been on GW’s radar. Nostalgia time! This is a Fantasy example (which I have not played in years), but I bring it up because it was one of my earliest memories of army and list development and…. Well… for a 13 year old it was TOTALLY AWESOME at the time. What am I talking about??? The “Mega Axe-Lord of Death!”  I think this is right, but it has been a while so feel free to chime in if I missed something. There was like this epic item/unit combination where you could take a Chaos Lord with the Helm of Many Eyes, Executioner Axe, mark of Khorne(?), and maybe something else(??) I don’t really remember. At the end of the day you had a character that had like 10 attacks that always struck first at an insanely high strength and caused instant death. Boom! MALD is all you need baby. “Oh? You want to steal my magic items Malakith??? Boom! You on da ground bro.” “Oh Tyrion??? Champion of the High Elves?? WOOO. Where is your head now buddy?”

I don’t think 40K has been at a level of thought as described in the previous example for quite some time, but the point is, as I see it, that current characters and units want to be included in certain ways, with certain equipment load outs, and with certain other unit buddies. Building a good competitive list is like putting together a jigsaw in my mind. Getting what I call “value” out of units and characters means that they should get better in relation to the load out you equip them with and the other units you include in your list. The better the unit/gear fit together, the more value will be gained from cross unit inclusion. If a whole list is tailored to squeeze every bit of value out of its units, it really adds up and even the smallest incremental cross-buff might win you that extra game over the course of a tournament.

Here are a few examples I thought of off the top of my head. To clarify, something I am not saying here is: “you should run these units the way I illustrate.” or “this is the only way to use these units.” The point to be illustrated is the general concept of “incremental value,” not the specific case of the example I am using. I hate when people tell me what is/isn’t good to take or what is/isn’t competitive. So who am I to do the same? Take what you like! Anyway, moving on:

Pappa Lysander: I like this guy. He is a true beat stick and he can take SOOO much punishment. His rules also work really well with bolter armed units. These are pretty obvious “value” points; nothing you probably did not already think about. However, what about Bolster Defense? With all the other great stuff I find it is easy to overlook this additional ability. I like to use it with a nice camo-cloak Scout unit huddled up in some chunky deployment zone ruins with an objective.  As it turns out, 2+ cover is pretty good. So am I saying Lysander is not worth it if you don’t take advantage of his Bolster Defense? Clearly not. But why not squeeze value out of every bit of him if you can. It is not like you are not going to need a defensible unit to hold down an objective in your table half anyway, yes?

Death Company (DC): Great close-combat unit. You should take them with a Chaplain to get full value out of their abilities right? True, but pretty obvious. What about their option to take bolters and the Relentless special rule? I personally really like DC with bolters. The way I see it is that you are not really sacrificing anything here. Sure, you get one less attack, but I have found that even a “measly” 4 attacks per model with reroll to hit and wound tends to work just fine. The upside is the added flexibility of bolters where, on the rare occasion, charging up the middle is inappropriate. Once again, is this a big deal? Clearly it is not. It is only a handful of extra bolter shots. However, it does not really cost anything, the unit was designed with this load out in mind (thus the Relentless), and it is a small bit of “incremental value” that might just add up to an extra win once in a while.

Grey Hunters(GH): I bring up GH because I remember when the most recent Codex came out. Everyone, self-included, was like “Holy-crap!!!!, bolters AND bolt pistols+CCW, counter-charge, free special weapon, AND EVERYDAY LOW PRICES @ only 15 points a model!” So amazing was the basic GH and so tunnel like was our vision that it took quite some time for people to realize “Hey? What is that Wolf Banner thingy do? Not sure, maybe it is good?” As it turns out…. Well, I think we all know how this one goes.

As I wrap this up, I think about being 13 again. Ironically, I think I still enjoy the exact same thing about 40K that I did back then: MAKING TOTALLY AWESOME COMBOS!!! FIT IT TOGETHER!  SO COOL!!! WOOO!!! Perhaps my thinking is a bit matured now and I can call it something fancier like “Gaining incremental value” or “Building synergy” but I don’t really see the difference. It is still cool, still fun, and still what keeps me coming back (or at least spending like 2 hours a day on the jon thinking about new allies combos).

Where do you see incremental value? What is your secret weapon unit combo(If you want to tell)?

3 Responses to “Guest Tactica by Facepuncher: Getting the most from your Wargear!”