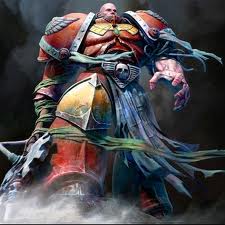 This comes to us via one of our readers. Thanks for the news!

[5:08:24 PM] Reader: I have to ask about Dawn of War 3, which you’ve spoken to Eurogamer about before. You mentioned an announcement that didn’t materialise. What’s happening with it?

Danny Bilson: There’s a lot of rethinking going on right now with the RTS 40k stuff. We’re going to do something different, but we’re in a bit of a rethinking mode. What we had to do at Relic was prioritise Company of Heroes 2 now and then move back to 40k. With that we moved that over here for a bit – just a bit – because we needed to load all the resource onto making Company of Heroes 2 awesome.

But look, everybody at Relic loves 40k. I love 40k. I also have tremendous respect for Games Workshop and the people I work with there. They’re some of the best people I’ve ever worked with in my career. So I personally feel really strongly about that brand.

Danny Bilson: No. But we’re doing some rethinking. What that really has to do with is the RTS business, and what’s the best way to present RTS? We’re not getting out of RTS. It’s just, what’s the best way to present it in the future? We’ll be talking more about that later. There are aspects of Company of Heroes we haven’t talked about that are progressive and forward thinking, that we’ll roll out between now and the launch of the game. We’re just giving you the first look at Company of Heroes 2. There’s actually more to it.

[5:12:48 PM] Reader: There is a live interview where he says he can’t talk about it due to legal reasons I am trying to find it