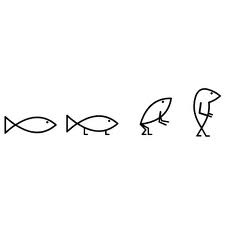 I have been playing them a lot lately, and have found that the Biovores are great, definitely an include, but with Flyrants, the list lacked mobility so I dropped one unit of them to make room for some Gargoyles, which are excellent. They combo with Swarmy really, really well. Preferred enemy makes them pretty nasty. Plus, they are fantastic for board control.

The Trygon I love as he is such a beast. He hits hard, is fast, can deepstrike, provides synapse, fights better than a Flyrant, shoots pretty well, can play the challenge game, and is another source of Shadows.

Swarmy is my man. He is slow, and goes down to shooting quite easily if he doesn’t have Iron Arm, but he is quite a force multiplier. He will just own damn near anything in a fight, too. We just had him go heads up with Blood Thirster in a challenge, and it wasn’t even close. Stats wise, there are few units in the game that can hang with him in combat and expect to live. The Flyrant is honestly probably a better choice in general as he is faster, shoots very well and is great against Flyers, Swarmy just holds a special place in my heart! haha

The Doom is not the most consistent unit, but his ability to win the game in some circumstances is worth the price of admission. He is just an incredibly good disruption unit.

The Ymgarls are not as good as they were last edition. Alan B., winner of the ETC singles and WargamesCon, is also playing Nids and he and I were talking about using them optimally, and he had the very cool idea of using a Mawloc to come up under a unit in cover to force it out of cover, allowing the Ymgarls to hit them in the open. Very, very few units can take a unit of Ymgarls on in the open.

Right now, they are the only question mark on the list. They rock against a lot of units, but overwatch can be brutal to them. If I were to drop them, it would be for 3 more Hive Guard and most likely to beef up the Gant units, as having more than 10 to start per unit is really, really useful. I have found a big unit of 15+ just a hugely useful tool.

Whichever way I go though, I am having a really good time playing bugs. I am also making good progress on painting them, they are coming along really well and I hope to have them done in time for the Imperial Vox Caster run tournament at Leisure Time games in San Diego later in the month.

Have any of you found any other combos that are working well?