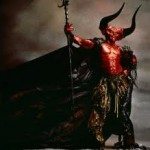 Hey y’all!(I recently went to Texas and that is how they talk)  Raw Dogger here to give you the inside skinny on the 411 on all the things you NEED to know about our upcoming 40k narrative campaign.

The campaign will revolve around the world of Antium V, a precious mineral mining planet that has unfortunately been targeted as the birthplace of the supremely powerful demon, T’elnoth.  The Antium system is conveniently placed in close proximity to a warp gate that feeds directly to Terra, and simply declaring the planet and system Exterminatus could leave the route impassable for all (inconceivable!).

The campaign itself will comprise of several battles on the surface of Antium V, beginning with a giant apocalypse battle wherein the Imperial forces try to force a landing on a strategic space port.  The Chaos Marines and their Demon allies will try desperately to try and blunt this attack.  The outcome of this battle will dictate where the next takes place.  That is the real beauty of a narrative campaign.  The next battle and participants are never truly known.  In the brutal aftermath of the initial strike, generals on both sides will debate what their next move will be.  So how are battles fought?  Here is where some brainstorming took place.  What do you do when you have lots of players who want to participate, but can’t commit to being at every battle, every time?  The answer is, don’t make players commit!  Simple as that!  Each battle (not counting the initial and ending Apocalypse battles) will have a set point allowance (most likely 10k).  We will then ask which players from each faction will take part in the upcoming battle and divide the points between those players.  Only 5 players for the Imperials showing up to partake in the Jungle Fighting outside of the Hive City?  They each get to bring 2k points.  And so on.

To make the campaign as natural and narrative as possible, each player that is asked to join the campaign will write up a small narrative on their general and army.  Named characters will be allowed but they will have to be ‘renamed’ with a new persona (keeping their stats and rules from the codex).  I for one can’t wait to see Bharn the Betrayer and Lord Kaldor Draigon.  As the campaign progresses we will document their triumphs and defeats in detail, allowing the readers at home to cheer on their favorite hero or despot.  We are also going to mix in every GW 40k expansion to really show how they can make campaigns sparkle!  SHINY!

The whole campaign will be documented heavily on Frontline’s website, and the specifics about each upcoming battle will be detailed at least one week prior to our playing of it.  So are you excited yet?  I’ll just assume that isn’t a banana in your pocket.  If it is, I’ll take half.