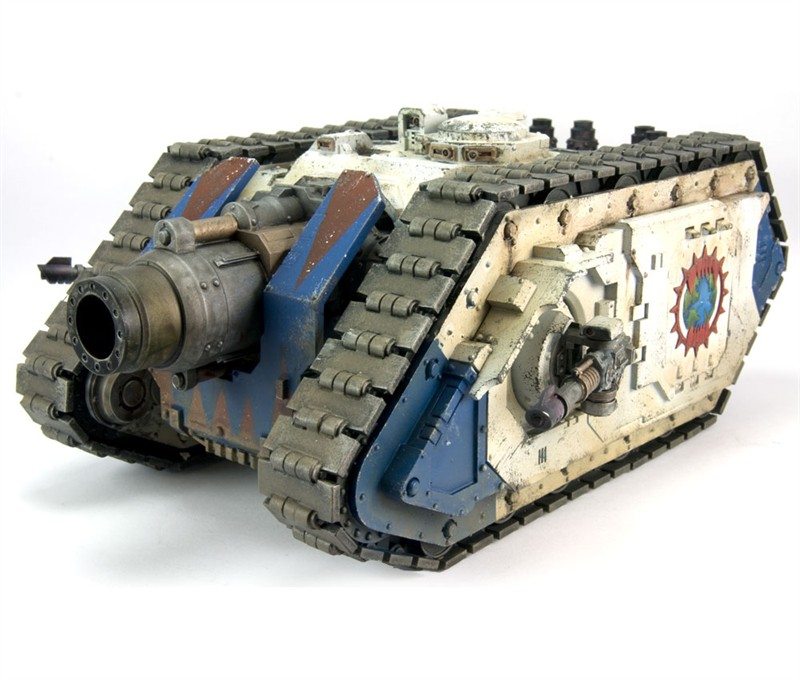 This is a nice looking piece of kit! We’ve seen pics, but it is now up for pre-order.

Named for the ‘Great Beast’ of Ancient Terran myth, the immense Typhon Heavy Siege Tank was developed by the Mechanicum alongside the Spartan, with which it shares a basic chassis design.

The Typhon’s primary armament is the massive Dreadhammer cannon, and was created in response to a request from the Primarch Peturabo, master of the Iron Warriors. He demanded a Legiones Astartes war engine that could rival the great batteries of the Imperial Crusade Army in firepower, but manoeuvre and deploy at the speed of a Space Marine force.

Complete resin kit, model designed by Daren Parrwood. This model is available to pre-order now and will be despatched the week commencing the 2nd of November.