Are you all Enjoying Chaos so Far? 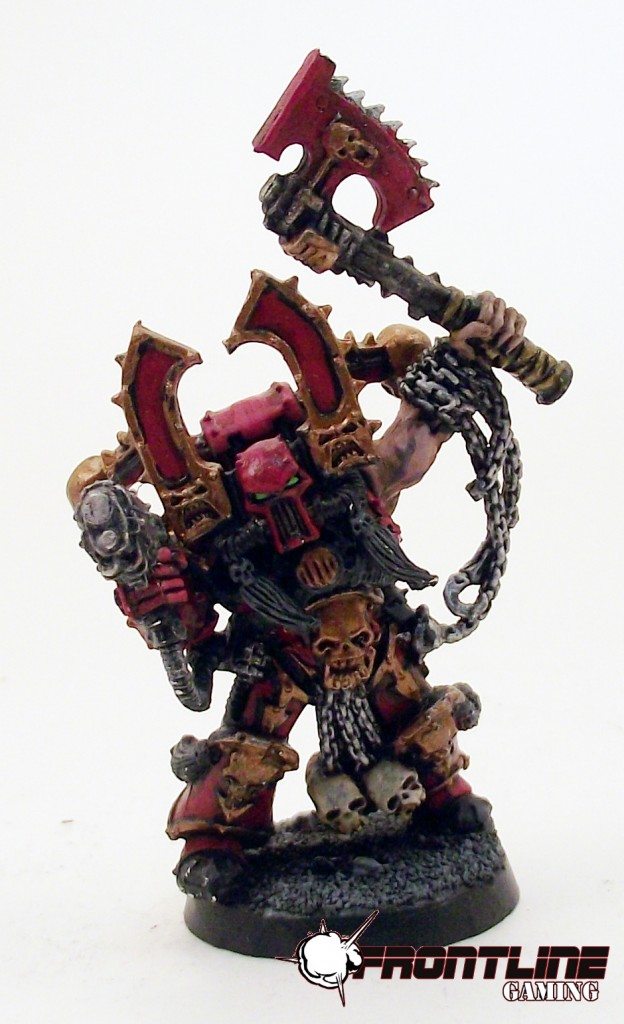 I was curious to hear some war stories from some of our readers as to their experiences with Chaos so far as I am finding myself a bit Luke warm about building an army from the codex.

So, let me preface this by saying I like the codex a lot, and think it’s a bit improvement from last edition.

However, I just am not finding a list that I really want to play. I keep finding myself building lists that look and play a lot like my Space Marine lists. And then, the logical part of my brain says: if it looks and plays like your Marine lists, and you already have a huge Marine army, and you always have a million projects you want to work on at any point in time, why bother?

The other thing that gives me pause is that running units of regular CSM’s is a big liability without support. Unlike units of Tactical Marines, who are awesome now, CSM’s with any points invested in them run the very real risk of breaking at a critical moment or getting run down in a combat gone bad. For a unit meant to be aggressively going after objectives that cost a good amount of points, that simply isn’t a sound investment. If they are meant to be stalwartly defending an objective, that is a problem, too. Assault is still the best tool for taking those objectives and any MEQ based assault unit is going to struggle in the face of what’s out there in the game these days. They quite simply don’t get the job done when they’re fighting Grey Knights, Daemons, Harlequins, Wraiths, etc. Too many dedicated assault units will walk right through them.

So again, I am not saying in any way this is a bad book, I quite like it as a well crafted Dex with a lot of internal balance. I just keep scratching my head and writing list after list and not feeling satisfied with anything. I keep finding myself spending way too many points on troops units that are good, but not good enough to justify their points and take away from the killing power a good list needs to really compete. I’m not saying it won’t hit me, just to this point I am feeling a bit meh, and looking back at my Blood Guard, Orks, and Nids as the armies that are inspiring me. 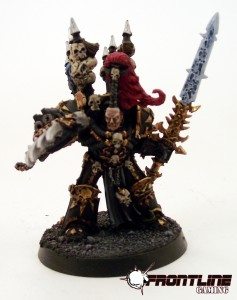 Frankie is saying he really wants to run an Abby/Chosen spam list with Oblits. Frankie loves min/max or deathstar lists. Pretty much every army he owns is built that way, and they are really powerful lists. Chaos does that well, and running 5 man units of Chosen with 5 Plasma guns is a damn good choice. My problem is that I usually enjoy playing lists with lots of variety most, and that is a bit harder to do with Chaos.

I know some of you read that last line and are saying, what? This book has a TON of variety. And it does! But to run units viably that cost as much as a tooled up unit of CSMs does, you need to count on them not running away. A unit of Dark Eldar Warriors, IG Vets or Guardians for example, are cheap enough that them not being fearless or having ATSNKF is mitigated by their low cost which allows redundancy in taking lots of them. Units approaching the 200pt mark and above are just too big of an investment to take that risk in competitive play. That is why you didn’t see regular CSM’s that often last edition. And back then they were leadership 10 with a reroll! Haha

To mitigate this with Chaos, you need to either unlock Cult units as troops, which requires an HQ slot, or plop a fearless character in a squad of CSM’s or Cultists to make them Fearless which again, requires an HQ slot. This is totally viable, but it does restrict what you can do to a certain extent as it dictates what HQ’s you have to take. In 6th you need reliable scoring units, or just lots of scoring units to make a dependable list. With Chaos, realistically, you are gong to get 3-4 units of troops that fight well and score, or lots of Cultists that are dedicated scoring units. That isn’t a bad thing, but if you are using assault units that double as troops, the issue is that they often die doing their job. Berzerkers aren’t earning their points sitting on an objective, after all. And when they are gong headlong up-field, odds are they won’t survive the game as they naturally attract a lot of fire. So, you shouldn’t plan on them being a reliable scoring option in most cases. I have strongly considered running units of 10 CSM naked with no upgrades, as at 140 points, leadership 9, they serve as a decent skirmishing unit that scores and is fairly hard to kill. Toss in two plasma guns for 170, and they have a little punch….but then compare that to Tactical marines who for the same points get ATSKNF, Combat Squads, Combat Tactics and the same or better firepower. Ouch. That just doesn’t hold up well as a scoring unit.

Cult Troops are certainly better, but man do the points add up fast. I am really liking the look of a unit of 10 Noise Marines with a Doom Siren and a Power Weapon, with the boys all having a CCW (and no sonic weapons). That weighs in at 220 for a reliable scoring unit that shoots and assaults well. That is a unit that I feel is a good investment and will reliably grab those objectives for you.

So what combos of units are you all running that you are enjoying and finding to be successful? I want to love my Night Lords, haha, but it’s not coming to me right now. I am hoping some of you have seen some cool stuff I have not, and inspiration will strike! Right now I am thinking 2 units of Noise Marines and a squad of Plague Marines as my core objective takers, and 1-2 units of 10 Cultists as my secondary objective grabbers. Alternatively, a unit of 35 Cultists with Kharn as a really fun unit to run up field and soak wounds for the Man Himself! No matter who he hits, Khorne is pleased! The rest of my points will be going to ass kicking units that do most of the heavy lifting.

So let’s hear it! What’s working for you all?

← No Signals from the Frontline Today
BeakyCon 2 GT Report →

28 Responses to “Are you all Enjoying Chaos so Far?”