Guest Editorial on Warmahordes by Zid

You are here: Home › Editorial › Hordes › Warmachine › Guest Editorial on Warmahordes by Zid 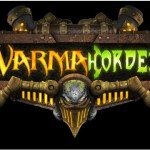 Warmahordes: Beyond the Box

Zid here again to talk to you about my new obsession once again: Warmachine/Hordes! Last time, for those who may have ignored my article (you know who you are!), I talked about how I came about choosing my faction, what each faction is like in a nutshell from a noobie perspective, and what its like coming from Warhammer to Warmachine.

This time I’d like to expand further on my last article; what its like beyond the battlebox. For those not in the know, Battlebox games are exactly that; 11 point jack/beat only games between two battleboxes. These are great games for learning the basics, getting down movement/activations/spellcasting, and just getting the feel for things. Its been about 6 weeks since I last wrote and since then I’ve gotten close to 10 or so games in against a few opponents (Circle, Menoth, and Cygnar) and have learned QUITE a bit about effective list building, abilities, and the importance of some of the nuance rules.

Building up from the Box: Warcasters/Warlocks

Once you’ve learned the basics of Warmahordes, weather it be from many battlebox games, or jumping in headfirst and getting your ass handed to you, once you have the feel for the game you’ll begin building and experimenting beyond your small games. The best bit of advice moving up from the battlbox is this; proxy casters and try them out! Many of the BB casters are seen as “weak” compared to other casters, or have less tricks; and this for the most part is true. But unless you really LOVE your battlebox caster, I highly recommend experimenting with your other casters! When choosing which caster/s to go with, you need to know they fall into one of a few different catagories: Assassins, Support, or Attrition.

Assassin Casters: These guys are almost entirely self-reliant. Typically they have few, if any, abilities that really “help” their army out. These guys use their beasts, units, and solos for the sole purpose of they themselves getting delivered to your opponents caster and laying a complete facelollerstomp. Some good examples of Assassins are pMorghoul of Skorne, Epic Kaya of Circle, pButcher of Khador, and Epic Skarre of Cryx.

Support Casters: Support casters tend to “stay away” in the back and buff/debuff/spell sling their way to victory. These guys are physically weak and/or cannot do much by themselves. They’re capable of killing models or units, or sniping a caster from time to time, but they typically want to let their army take the fight while they sit back and assist. Good examples of support casters are pDenegra of Cryx, pKreoss of Menoth, and Epic Nemo of Cygnar.

Attrition Casters: These guys are kind of like support casters, but normally their ruleset is based entirely on defense and “outlasting” opponents. Don’t get this confused with these guys being pillowfisted, however… a lot of casters who are support can fill an attrition role as well. These guys love to brick up, move up as one, and overwhelm you by being stupid hard to kill, while hitting you with a pillowcase full of bricks. Xerxis of Skorne, pThagrosh of Legion, and Baldur of Circle are good attrition casters.

Once you feel out casters you’ll find the ones that jive with you… each faction has 10 or so casters, and theres someone for everyone in most every faction. For example, I hated pMorghoul, so after about 4 battlebox games I invested in a pMakeda model… and haven’t turned back. I love my Makeda!

Units, solos, and magic, oh my!

Moving beyond the battlebox is a whole lot more than just choosing a new caster and playing the same old game. Any points value of 15 or higher is bound to start including Solo models, Units, Unit Attachments, artillery, and more. While this game focuses (mainly) on the huge beasts and warjacks, Units and Solos are essential and critical to the success of many lists. You have infantry hordes, crazy solos who can swing the tide of a game, and more abilities than you can shake a stick at!

My biggest tip for going above the box is this; keep your rulebook handy, and after EVERY game you play, if you doubted something was played correctly, or feel like you missed something, LOOK IT UP. Heck, if you can, do it during the game! As well, keep abreast of how units, solos, and your caster interact. Learn what control areas, command areas, the difference in how jacks/warbeasts, and everything. And READ YOUR OPPONENTS CARDS. Unlike 40k or Fantasy where theres just the “basic” special abilities and then a few abilities for a unit, most EVERY unit in Warmahordes have their own “special” skills. These are always outlined on the card, and if you have a question on how it works, ask as well! The first time you have Molik Karn sidestep twice to your caster and waste him you’ll learn the importance of reading these things lol…

If your reading this you already know how great Frontlinegaming is. As amazing as this site is (and the guys who run it… free stuff plez??? 😛 ) there are many other sites out there as well; the two I frequent are Privateerpressforums.com and Dakkadakka.com. I’m sure there are more, but as you learn more and more about how models interact, and what combos to look out for, post lists online! Don’t be afraid to seek help on an idea. There are thousands of players who have more experience and have been playing this game for years, and sometimes combos and tricks aren’t readily apparent. Warmahordes is all about tactics and unit interactions; some lists are based completely around buffs, while others use a specific model as a lynchpin to some crazy WTFPWN win condition. Most of all, TEST YOUR LISTS. I always recommend proxying against friends to try a new unit, but make sure you have war room or a print of their card!

Being a competitive tourney 40k player this was always something near and dear to me; preparing for a tournament and bringing the best all-comers list I could.

Unlike 40k, however, where you know what to expect (3 to 7 games, various scenerios, specific points levels), Warmahordes is an entirely different ballpark; you have TONS of formats for tourneys (Mangled Metal, Scenerios, Steamroller, the list goes on) and these tourneys have various point levels… and most have you bring 2 or even 3 casters and lists! This brings a “side deck” element to the game, much like magic, where you can prepare two very different lists to cover as many eventualities as you can; as can your opponents! These lists normally have restrictions (i.e. no using the same character in both lists, no using the same caster more than once, etc…) which you have to plan around.

If your planning in the future for competitive play, I recommend testing, playing, and picking 2 casters. These two casters you want to completely focus on building at least 35 point lists for both, perhaps 50 depending on your area. Both lists should play differently and be for different game types; so don’t bring two assassins when you may run into a scenario game. Assassins don’t like playing against attrition lists in scenerios generally!

Hopefully ya’ll enjoyed this little bit for those who are like me, have a good grasp of the basics and are looking up. In the coming weeks I’ll be dropping more knowledge at you in the form of building a list using specific examples from how I got around to what I’m using/aiming to use, some of the “noob pitfalls” I’ve encountered, and some picture battlereps! Thanks for reading and until next time…

Posted on September 30, 2012 by Reecius in Editorial, Hordes, Warmachine

One Response to “Guest Editorial on Warmahordes by Zid”