You are here: Home › 40K › Forgeworld at Comikaze

Get yo resin on!

Reecius here to discuss how allowing Forgeworld in our first GT (Comikaze) went over and was received.

First of all, what’s Comikaze? It’s a Pop Culture/Comic Convention at the LA convention center. Over 40,000 people each day! If you’ve ever been to Comicon, you know what to expect. The only difference is that we were playing a 40K tournament in that awesomness! It was very cool and we hope to see more folks there next year.

One of the other things that made Comiakze different was that we allowed all Forgeworld units in that were neither Super Heavies or Gargantuan Creatures. Players had to have the most recent version of the rules and any pertinent FAQ’s for the units they were using and show them to their opponent before the game. They also had to have the actual model or a very close conversion.

Forgeworld in tournaments is a big sticking point for some reason for a number of reasons. People feel that it is too expensive, the rules aren’t common enough, or that certain units are imbalanced. On the flip side, the models are beautiful, 90% of them are mild to under-powered and they give a really nice boost to a lot of weaker armies and they bring a LOT of AA options to the table.

Comikaze was by no means the first event to allow Forgeworld in tournaments. There have been MANY GT level events preceding it that have allowed FW and they have had no issues with it. Comikaze went very smoothly and we asked nearly all of the attendees how they felt about having FW in the event and of those that even noticed FW was being used, the vast majority said they thought it was fun, added variety or didn’t really care that much as they didn’t encounter it. 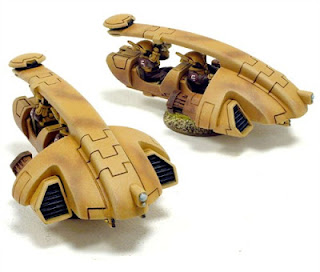 One of the nice things about allowing FW was that we had 4 Tau players and ALL of them were using Forgeworld as it really gives them a nice boost with Tetras, Hazard Suits, Shas’O R’Alai, the Baracuda, etc. Not a single person complained about them and in fact, said that it was great to see so many Tau players in attendance. We also had a Marine Player with a Hyperios Air Defense Battery, and an Imperial Guard/Ork player with 2 Hades Breaching Drills (which I personally think are pretty under-priced, but they are very hit or miss). Again, no one said anything about these. Why? Because they didn’t win!

The very few folks who did say anything against FW in tournaments sited the fact that the winner (Congratz Vince!) had 2 Saber Platform teams of twin las cannons. 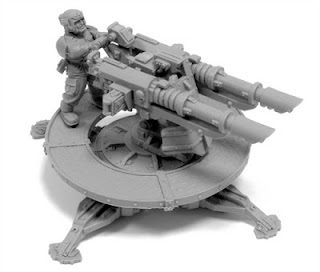 For those of you who don’t know, these are immobile artillery pieces with a single crew (but can take 2 more per gun) that has a twin Las Cannon with both Interceptor and Skyfire. They are taken as a 3 gun Heavy Weapon Squad as a sub-squad of an IG Infantry Platoon (in place of say, a triple Auto Cannon squad). If they break and run away, the guns are lost. They come in at 150pts.

They are pretty damn good, probably too cheap for what you get. When you combo this out with an Aegis line they are really hard to kill, and really good against pretty much everything baring hordes. Further, you can combo this with a Commissar Lord to increase their leadership and a CCS for get back in the fight after going to ground (for a 2+ behind the Aegis) and orders to recover from going to ground or to increase their kill power, and you have a nasty unit.

The thing is though, that everyone who actually played against Vince thought they were fine and had no issues. The only people that said anything didn’t actually play against them. Now, I am not trying to throw anyone under the bus here, no one was having a fit by any means, I am just addressing issues that were brought up. My point being that because a unit that is perceived to be over-powered (although these things are easily destroyed in assault or with units that can get around the Aegis) does that mean we should ditch Forgeworld? No, of course not. No one said anything about the player with the Hades Drills as he lost 2 of his games. I think those are far more OP, personally. 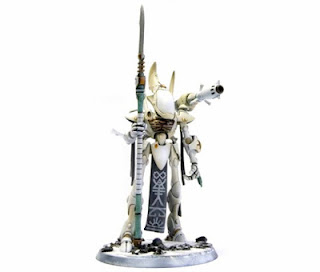 Furthermore, the gentleman that won, BARELY won. He played a great tournament (and, it was his FIRST GT and he doesn’t read the internets, so there you go!), got good match-ups and luck was with him. It was his weekend to win! The fact that he used some Forgeworld units doesn’t take that away from him, he earned his victory.

He won an extremely close game against a Blood Angels player due to a lucky scatter, and his game in the finals against a Necron Ariforce came down to the last toss of the dice! What’s not to like about that? He didn’t steamroll anyone, his games were close and his opponents had fun. That is a good thing. Considering these Saber platforms are available to anyone who can take IG allies, that is a huge boon in the battle against crazy flying circus armies that can be so dominating.

On the whole, despite a vocal minority of opponents to Forgeworld (and they said they had a really good time at the event and that Forgeworld wasn’t as bad as they had thought it would be) we saw it as TOs as a success. The tournament had a really good diversity of armies, and our attendees told us they had fun and wanted to come back next year. We also had a LOT of first time GT attendees and they all clearly had gotten the bug and were asking when the next event was. That is a win in our eyes! Diversity is a good thing on the table top and if people are having fun, that’s the goal.

Don’t let fear of the unknown dictate your decisions. Open up your gaming horizons and enjoy the wider world of play with the new and fun units that Forgeworld brings to the table!

What say you all?

24 Responses to “Forgeworld at Comikaze”