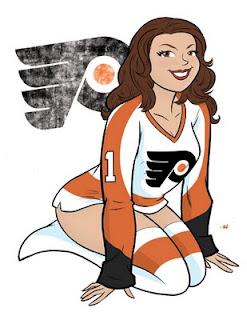 Its time to take a closer look at some of our favorite flyers.

Last week I wrote an introductory article on the impact of flyers in sixth edition. This week I’d like to go into a lot more detail in regards to some of the specific flyers. I posted a list of many of the flyers last week including flying monstrous creatures. I’ll now repost the list now as a quick reference:

I touched on which flyers I think are the best but it really comes down to what works the best for you. My analysis is mainly based upon my experience playing sixth edition. I’ll now focus on a few select flyers such as the Stormraven. 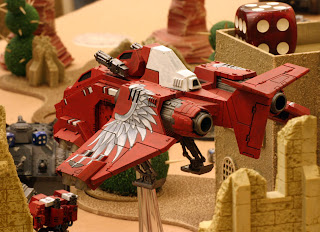 I am currently coming to the conclusion that for an army such as Draigowing it’s best to use the Stormraven more often simply as a highly mobile gunboat. I like the speed the Stormraven brings and it can be very exciting to play an aggressive in your face army but there are plenty of risks involved with this approach. If you only field one flyer many armies can handle it well and if they destroy your flyer you could lose its contents which is the potential for a lot of points literally gone up in smoke due to one lucky enemy shot that got through. The more shots your opponent can generate the higher the odds for an epic loss. If you do want to play this style of army then it’s important to present many threatening targets to the enemy so they don’t focus all their firepower on your flyer.

It’s best to keep a flyer carrying an assault unit moving through the middle of the table – if the enemy does destroy it and your flyer is close to a table edge then you’re running the risk that your assault unit could scatter off the table. Also for Grey Knights if your Stormraven is immobilized while zooming before you dropped off your assault unit then they are locked at its present speed and trapped inside. This is due to Grey Knights’ Stormraven Shadow Skies special rule – the embarked unit can only drop out from a zooming Stormraven when it moves flat out and a locked Stormraven cannot move flat out. That risk in and of itself can be quite disastrous – you just have to ask yourself is it really worth it.

On the other hand though there is no one better suited than Draigo to soak up all those S10 wounds that ignore armor saves if your Stormraven is destroyed while zooming. I think the best course of action is at the beginning of a game is to take a good look at what your opponent has in terms of anti flyer defense. If you’re looking across the table at a team of Tau Broadsides it’s probably best to simply use your Stormraven as a gunboat – you can always opt to deep strike Draigo and his merry band of Paladins – versus Tyranids they are probably safe inside the Stormraven – just make sure to always outrange their Hive Guard until you’re ready to move into position for the big kill. Generally I think it’s better to get your assault unit into melee as soon as possible – there is less risk of losing them due to a destroyed or locked result on the armor penetration table.

The sons of Sanguinius have access to the Stormraven as well. I haven’t played my Blood Angels in sixth edition yet but for the right build(s) I think the Stormraven can work. A squad of assault terminators with thunderhammers and stormshields are the go-to melee unit to transport with their 3++ invulnerable saves. If you want to attach a character to lead them my first choice would be an Epistolary with terminator armor and a stormshield. This unit is obviously the best adapted to survive from a destroyed flyer result and is well priced in terms of what they offer in this role. You could also run Mephiston or the Sanguinor in your Stormraven as they will both survive any crash (bar scattering off the table) and both are more than capable of causing some serious damage in any subsequent melee. 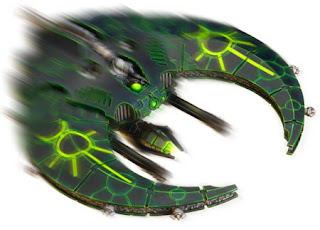 So now I’ll touch on the two Necron flyers – the Nightscythe and Doomsycthe. They are both very strong and I rate the Doomscythe as currently the top flyer due to its very deadly death ray. The Doomscythe can fly onto the table and drop its death ray on any enemy unit the same turn it arrives… You can’t hide from it. The only real defense is to pack some serious anti-aircraft dakka with the Skyfire and Interceptor rules. I’m not going to go to the extreme and say that everyone should take Imperial Guard as allies so they can include a squadron of Hydras but on the other hand there are lots of armies that will definitely feel the pain.

Necrons have a couple of options to help them get all their flyers in on turn 2 – one method is to include an Aegis defense line with the comms relay so you can reroll all your reserves. You also have the option to take Orikan. There has also been some discussion on the Internet that if you take a C’Tan with Grand Illusion you can pull up to d3 flyers from reserve and deploy them during the first turn – I’m not sure if that’s kosher though as its been hotly debated so I think it is best to discuss this with your opponent first.

The Nightscythe is a fairly cheap flyer and you can take six or more running five man squads of Warriors plus some Lychguard. I want to take a Destroyer Lord and attach him to my Lychguard since jump infantry can embark upon Nightscythes – a little pricy but I think that could be quite potent in the right situation. The twin linked Tesla destructor is a fantastic ranged weapon that is capable of dropping enemy flyers, lightly armored vehicles and infantry. It’s basically comes down to a decision of how many you want to include in your army.

I am very excited about the Doomscythe and like I said above in my opinion this is currently the number one flyer and well priced for what it brings to the table. It can actually shoot its death ray behind itself which is very powerful. It is a big threat versus many armies and will definitely garner your opponent’s attention real quick. Combining the Doomscythe with the Anniliation Barge (1-2 or 2-1) provides Necrons with a solid level of heavy support.

That’s all for now faithful readers. Next week I’ll cover some other flyers and delve into more tactics and strategies.

So have anybody had some success with the Stormravens or Scythes? If so tell us all about it ! What is working for you ? 😀