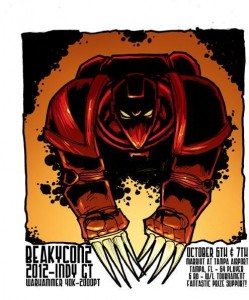 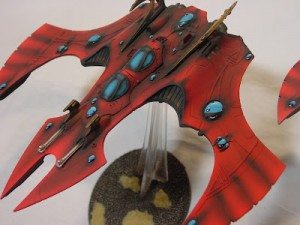 This year we are expanding the field to 64 players and as of today we are two thirds full. There will be six rounds using a W/L format with one undefeated player at the end. It’s 1999 points and armies must be fully painted.
Make sure to keep an eye out for more announcements on our official blogsite:
BeakyCon Web Page
This year we will have more terrain, new dice and new objective markers. This year we will also allow registered players to order Beaky dice in sets of twelve. 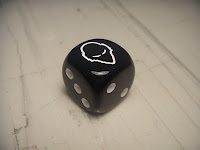 Wrapping it Up
That is all for now. We hope to see you in Tampa this October. The weather is very nice that time of the year and it will be a great time.
So what do you think about this tournament system? Do you think it has enough elements incorporated from 6th edition? Too Hot, Too Cold, or Just Right?