Today I am going to discuss base texturing and how to get the most out of your money when purchasing resin bases.

Now I do not advocate this to make direct copies of resin bases, I started doing this because I did not want repeat bases in my army. You can certainly change bases up with static grass and other doo dads but after you see the same rock in the same spot several times in an army it starts to detract from the authenticity of your overall army.

So for my current project army I have been building up White Scar space marines, I am basing these guys in a steppe style. I decided to get started with Secret Weapon Miniatures All your bases Desert Waste Land set I threw in some bike bases from the same series to cover the majority of the army. 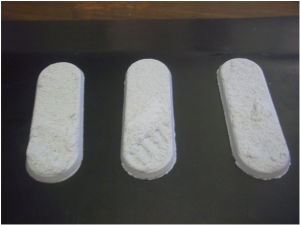 As I was building up the tactical marines I quickly realized that squad A and squad B were standing on the exact same spot on the battlefield, The rocks looked eerily similar, I am not sure many people would care or even if a judge would make note of it in paint judging but it certainly tweaked me. I came up with a quick solution.

I grabbed some easy mold off the shelf, (I think that’s what its called) and threw it in some hot water. After it was ready I pushed 4 or 5 different bases from the set into it and created what is basically a “texture stamp”. Now the idea is not to get a duplicate base it is do get similar texture to the bases you purchased. This allows your models to be on the same terrain but allow for infinite subtle variations in the content of the base.

With that being said here is a quick picture walk through of the process I used on the bike bases.

**Note you will not get a perfect copy of the resin bases no matter how hard you try with this material so if that is your goal you will have to look elsewhere.

So first you prep the easy mold stuff. Boil water then throw it on top of the compound and let it sit for a few minutes until it becomes workable. 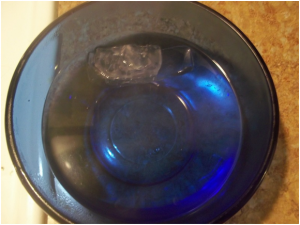 I spread out this stuff on a small Tupperware lid to give me something solid to push the bases into. 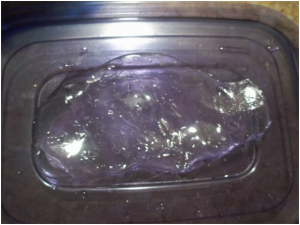 Now I am going to create mold of these two bike bases. 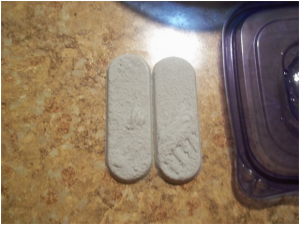 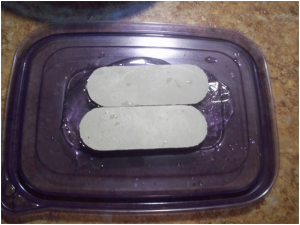 Let this set for a few minutes. Then you can peel the stamp off of the Tupperware and remove the bases. 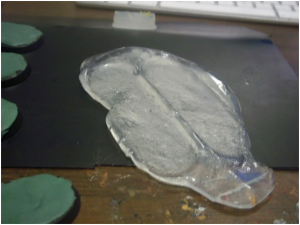 Now prep a good amount of green stuff and smear it over your “normal” bases. I suggest leaving intentional pockets and low spots to help add to the variation in your base. Then use the stamp to push texture into the green stuff and create a unique base for your model. You will have to do some trimming on the green stuff as it will most likely squish over the beveled edges. 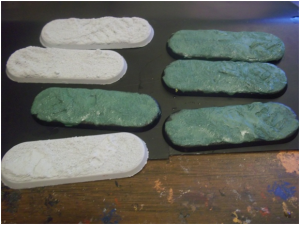 Once painted it will be difficult to tell by eye which bases are resin and which you have made yourself. Here are some examples complete for the other squads in my army. 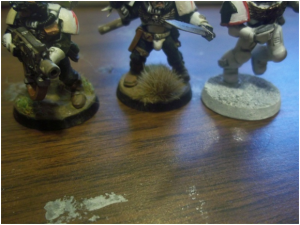 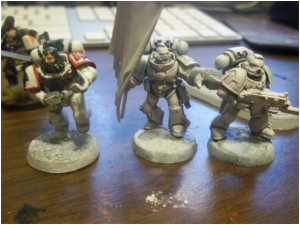 Hard to tell which is which just by looking at the texture? I certainly think so, they look like they are on the same battlefield but not in the same spot.

I hope this was helpful. Please use this only for good, or else Mister Justin will come hunt me down, and I don’t want that unless its to give me painting tips, cuz seriously have you seen his painting its AWESOME!?

Here is a link to the bases I am using for this army they are fantastic.

And a shout out to Secret Weapon Miniatures because they make great stuff!

You can catch the future progress on this army at my blog Falconator Painting, on my Facebook Page, and @falconatorpaint on twitter.

Posted on August 2, 2012 by Reecius in Modeling