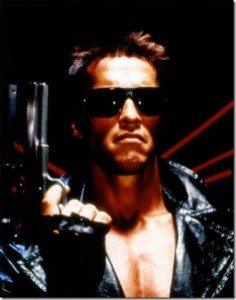 I am reading all over the place that people are thinking Termies are the new hotness, some even calling them broken. I’m here to tell you that it just isn’t the case.

So, why all the hubbub in the first place?

Well no, but that is the basis of many folks’ arguments for Termies gong god mode. They did get some other, minor improvements as well as several minor nerfs. So why in the blazes are folks getting so crazy over it?

They still die to the same shooting attacks they did before, slightly more so due to the reduction of many cover saves. Volume of fire still brings them down, and Plasma is better at it than before as Plasma armed infantry units can move and shoot to a greater range than before. If they have a Tanking character in Termie armor they are more durable, but so is every unit that can take a 2+ save IC.

In close combat they did get more potent, as power weapons don’t punch their armor. However, how many power weapons do you see? Grey Knights and DE are the only army that are reliant on power weapons in HtH, but who cares? Both armies EASILY have the firepower to shoot Termies to death, so don’t bother engaging them. If the Termie player does manage to engage you though, they deserve it as that means they outplayed you, and in that case prepare for the ass whippage! Not many other armies use them: most every Sarge, Wolf Guard, Nob or what have you come with a Fist. Fists work just as well as they ever did against Termies. Rending too, works just as well as before.

Random charge lengths give them potentially a longer reach, but nothing to be relied upon. They still can’t make sweeping advances, and they still struggle with hordes. Lightening Claws got less appealing for the same reasons Termies got more appealing. It would be quite amusing to watch two L.Claw equipped Termies in a duel!

Deep Striking got safer, slightly, so there is that.

Honestly though, I am not seeing it. They are good, certainly, but not so much so that they are going to be broken by any stretch of the imagination. With the changes to rapid fire weapons I am still of the opinion that skirmishing infantry units are your better bet due to a higher number of wounds, lower points cost and the fact that they are scoring. With a variability range of 1-6 in 40K, more bodies with more attacks typically means a better army. If you look at the top lists of the top players, they often have a lot of warm bodies on the table, and there’s a reason for that.

So are Termies cool? Yes.

Are they going to dominate the game? Not even close.