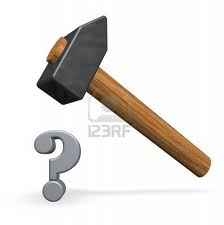 Hot of the presses, this is the latest on what 7th edition may yet hold for us!

This is Natt Hord, the creator of Random Hammer 41K here to discuss some of the exciting things we have lined up for 7th edition!

Too soon to be discussing the next edition? Perhaps so, but we wanted to let you all know that we’ve heard your pleas and want to give you more of the great spectating event that is playing a game of Random Hammer 41K!

In 6th edition of Random Hammer we gave you random Psychic Powers, random Warlord Traits, random Objectives, random Terrain, and everyone’s favorite: random Charge Lengths! Because we all know, in the swirling melee of cataclysmic combat, plucky soldiers are as likely to fall flat on their faces in the wide open as they are to run through broken terrain as fast as a speeding motorbike! Cinematicality at its best! Will it be the Olympics…or the Special Olympics? Nobody knows! What fun!

Why you may ask would we include random charge lengths? Well because with pre-measuring, it would be unsporting to know how far away from the enemy you must move to avoid a charge. Despite the fact that in previous editions not knowing how far away your opponent’s soldiers were while knowing how far your soldiers may charge is essentially the same thing…..but let’s not get hung up on silly details, right?!

More is always more, so we thought to ourselves, why should we punish the dashing assaulty blokes because we added in pre-measuring, but not also punish shooting units which gain the same benefit from pre-measuring as assaulters do? The answer was quite clear to me: random weapon ranges!

Because whilst locked in brutish and bloody, grim-dark combat, your elite, highly trained warriors’ ultra high-tech weapons may fire their rocket propelled shells as far as a spit ball, or across the table! Which will it be? Nobody knows! Weeee!

But why stop there? In vicious, un-gentlemanly combat of the roughest sort, soldiers are as likely to flee in terror from the stark horrors of the 42nd Millennium as they are to charge courageously at the enemy. So, instead of moving your soldiers where you want, for each unit, roll a scatter die and 2D6” to see where and how far they go! Yes, truly Random Movement! How realistic!? Such cinematics! Soldiers running amok every which way in total Chaos, I say good chaps, we are truly observing the fog of war in action!

As every commander in reality can’t choose their forces as they see fit but must work with what they have, instead of writing up an army list, you will roll for each FOC slot and take which ever unit you roll up until you run out of points! Truly, this is the way to show your mettle on the table top: a real general wins with any units! Huzzah!

Ah yes, what a great game this shall be! You don’t control any aspect of what your soldiers do in any way, just like real war! So poor yourself a cup of tea and sit down to enjoy watching a game of Random Hammer 41K with your mates!

And on an aside, to the rumors circulating that I own a large amount of shares in some silly game called Warmahordes, I say balderdash! Nothing more than a base lie spread by ruffians and scoundrels of the lowest order. But you know, if you are curious, I hear that game is pretty good, and you now, if you wanted to give it a try and buy some of the stuff, I wouldn’t hold it against you….