40K Tragedy: Phil Kelly Leaving GW? (Confirmed that he is not, whew!) 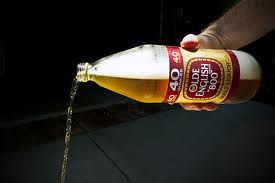 So, rumor on the rumor mill is that Phil Kelly either was fired or quit GW?!?!

So someone who shall not be named started this rumor? Lame. I heard it from someone else who probably heard it there, and I was not loving life. So thanks a million to our friend Tastey Taste who confirmed that Phil is still employed, and he asked the man directly. Long live the Kelly!

Damn, Phil was the MAN. By far and away my favorite codex author. Best fluff, great rules and just a super nice, cool guy. I met him at Games Day and he was straight up a class act. My only complaint of the man is that he had a tendency to put at least 1 overpowered unit in each book he wrote: Long Fangs, Dakkafexes and Cheesefalcons (4th ed). But Dark Eldar, his last work, is a masterpiece, IMO.

I hope this rumor is not true and that it is just something that got blown out of proportion.

So if anyone hears anything about this and con confirm or deny it, let us know. If it is true, this really, really sucks. He was the man.

May the force be with you, Phil!

12 Responses to “40K Tragedy: Phil Kelly Leaving GW? (Confirmed that he is not, whew!)”