Why Being a Single System Gamer is a Bad Habit.

You are here: Home › 40K › Alternative Miniatures › Editorial › Warmachine › Why Being a Single System Gamer is a Bad Habit. 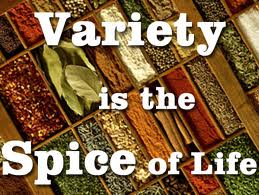 A guest article by Sean Ireland.

Warhammer 40,000 is a game most wargamers have played at some point in their gaming lives.  The fact that armored super soldiers is a staple in most science fiction properties shows how much Games Workshop has influenced generations of fans.  While some have flirted with the game, I’m square in the camp of an addict.  I have played the game for many years and plan on playing for many more.  Warhammer 40,000 is a game I hope I will be playing when I am retired, like some people play golf.

I’ve realized in the last few months that my devotion to all things Games Workshop has rendered my brain a bit….mushy, to be blunt.   I picked up Warmachine earlier this year after the wait for sixth edition (and Games Workshop’s untenable decision to not communicate anything to their customers) was becoming frustrating.  A few friends and I who played 40k  decided to give Privateer Press a shot.  I had a tough time picking the game up as the game felt too “different” than 40k to me.  Models shot at models, not unit on unit.  You could kill your opponents Caster (HQ) and the game was over, regardless of the mission objectives or turn.  The flow of the game just didn’t make sense to me.  I realized the problem was that I had “Monosystemitus”.

Monosystemitus is when you become so attached to a single system that stepping outside of your comfort zone becomes an almost monumental task.  It took me much longer than it should have to understand the basic concepts Warmachine.  I discovered that in my compulsion to stick to 40k my ability to branch out into other systems had been ruined.   After a while I did get the hang of Warmachine and I’ve been enjoying it as much as Warhammer.  I’ve also run into a few other benefits.

The most obvious advantage is that playing within different systems trains you to think differently.  Certain games encourage play in a specific way and your tactics can become inbred.  When you play in different systems it opens up new ways to win that might not have occurred to you if you hadn’t been exposed to them in another system.  A good example of this is how when you play in a small gaming group and move to a larger one you can find yourself ill prepared for the different strategies you will see.  Playing with one system can give you this same handicap.

I find that when I play other games it helps me realize that no game is perfect.  When I was solely focused on Warhammer 40k I tended to get irritated with all of the small tweaks I felt the game needed to run better.  As soon as I started to try other systems I saw that a lot of game design is trade off.   There is always room for improvement in rule sets though branching out to other games really helped me understand that every system has it strengths.

One of the biggest challenges in gaming has always been the breadth of available products.  Because miniatures games are not cheap to produce there are not that many of them on the market.  This has created a market that is dominated by Games Workshop and a few other companies that scramble to grab whatever market share they can.  This isn’t good for gamers as new ideas are never allowed to ripen and often die on the vine.  Games Workshop is in a lot of ways like a large ship, does a lot of the heavy lifting but it’s hard to turn.  Any large corporation is run by meetings and teams.  The more hands on the wheel equals the less likely the ship is going to turn in any new directions. For a long time I liked getting on the same ship as everyone else but there comes a point when you want to jump off and try something new.   Not only is picking up a new game going to expose you to some possibly innovative mechanics you are helping show the big dog he isn’t the only one out there. We all know competition is a beneficial thing to have in any market.

I found myself getting a bit of burnout earlier this year.  I thought I was burned out on war gaming though the reality was I was burned out on Warhammer 40k.  Until I picked up Warmachine I was sure that I was burnt out on war gaming.  Don’t throw the baby out with the bathwater, if you are feeling burnt out on the hobby it may be just the game.  Don’t give up other aspects of the hobby, such as painting and social interactions that you may appreciate because you are sick of a system.

I can’t say for sure if my experiences with giving other games a shot will help you out though you won’t know until you try.  Give it a shot, I promise it’s not as rough to try something new as you think it will be.  It may feel a bit strange to step outside your comfort zone, but the benefits are very much worth the effort. It doesn’t have to be a new miniatures game.  Try out a board game, a card game, or even a strategy game on your computer.  No matter what you try, step away from whatever system you focus on for a while and I am sure you will find it was worth the effort.

Great post! I’m in the same situation. Even with a new 40k out soon I’m not that sure I’ll go for it as much as I have been. And collecting and trying out a new army will not make the same punch for me as trying out a new game.

But I like sci-fi. Or should I say I love sci-fi?

I have seen the minatures from Hawk wargames. If I’m going to aim for a new sci-fi game, I really see no other option. Warpath still has the irritating “true los” which I extremely hate so that’s out. Drop zone commander will have a lot of LOS blocking terrian, which I see as fun.

As you are going for Warmachine – I will go for Dropzone commander.

I think my gaming group will be the first with Dropzone commander in Sweden, which would be cool. But I’m also hoping for some sensible game balance and descent rules.

The problem is, should I get my hopes up on another game or will I just fall back to 40k? Isn’t that always the risk? Several times I have been planning to go to conventions with the mindset to try a new set of tournament-game but it always ends with 40k… I don’t think I’m the only one either with this problem.

I agree, I play a lot of games and I like lots of them. We are super excited for Dropzone Commander here, and can’t wait to give it a shot.

Heavy Gear is also a GREAT SciFi game if you want to try something different (and cheap) to get into. Heavy Gear is about $100-$130 total to play. It has excellent rules, too.

40K will always be there, so I see it as a way to supplement your hobby itch and to always be able to get a game in.

Look into “Infinity” from Corvus Belli and “Alien War” from Defiance Games. Beautiful models, elegant rules, and definitely not of the super stale 40K rules that have been showing their age of late.

Something about this made me wonder, has your time mixing it up with other systems made 40k feel better when you go back to it from time to time? Sometimes breaks are good.

It’s like playing Counter-Strike for a few years and then picking up a new game. I had fun with it but it got stale. Now that I am playing it again I’m actually enjoying it a lot and I’m not sure why.

Yeah, sometimes coming back to an old favorite system is like putting on a good old pair of pants. I know when I leave 40K I often see how much better other game’s rules are! haha, but it is nice to take a break sometimes.

I think so, I stopped playing 40k back in February when I picked up Warhmachine, partly because I was burned out, and I wanted to wait until 6th. I can say I am pretty excited for 6th where as I could not have cared less about it April, as time went on time away made the heart grow fonder.