KingdomCon was a great event, and a fun time was had by all that attended. we had 50 players show up, which was a great turnout for a young event. It doesn’t hurt that the tournament is held in San Diego, CA. That is truly a great city full of sunshine and nice people.

The event was our standard Bay Area Open format. What that means to those of who aren’t familiar is a 1,750 point event played using only a single scenario: the Bay Area Open Scenario. All this is, is all 3 book missions played simultaneously. Whichever player achieves more of the missions wins, an equal amount results in a tie. Accumulated Victory Conditions are used for bracketing purposes and final standings between players with the same W/L/D records.
This creates a much more dynamic mission. It takes a little getting used to as there is so much more going on, but when you master it, it allows the skilled player to find a path to victory without worrying about terrible mission match-ups that can result in near auto-loss scenarios.
This is our third large tournament using this format and it has gotten nothing but positive reviews. Players love the ability change their strategy to find a way to win, even if they are getting beaten in one of the three missions. Also, since the mission is so complex, playing it every round (with different deployment) does not get boring as it is a completely different experience each time.
This event also saw some of the best players in the Western United States. The skill level was high, and some excellent players walked away with losing records.
What we saw this year on the final tables though, was VERY interesting. The top 8 players going into the final round were largely not your usual suspects. We had 2 Ork players (Battlewagons and Horde), Dark Eldar (mech assault list), Nids, Crons (Scarab Farm/Deathstar build), 2 Grey Knights (Henchmen and Purifiers), and Mech Space Wolves.
That is very interesting. Not at all what the internet would have you believe.
When the dust settled though, it was Nids, Crons, Orks taking the top spots! Awesome. I love seeing that kind of thing happen. It goes to show you that it is not the book or list that matters in the end, but the player. The list is very important, but skill trumps list. 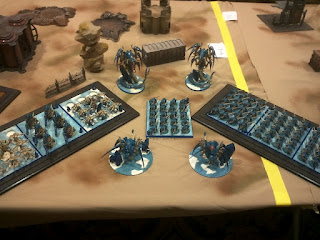 The Nid player (Cooper Wadell: lajollgrad) went 6-0-1, only tying Grey Knights, and beating all other comers to take the title. What an awesome finish!
He was running 2 Tervigons, 3×2 Hive Guard, 3×15 Termagants, 2×9 Steelers with Sacs and a Broodlord, and 2 Trygons. It was a really versatile list with enough firepower to crack transports, and the scoring power to take multiple objectives, and the hitting power to smash most opponents in combat. Well done to Cooper, and considering he was out drinking with us until 3:30am the night before the finals, his victory is even more impressive!
The second place army was equally interesting. David Key (facepuncher) ran a Necron Scarab Farm (9 spyders to pump out Scarabs) with Warrior support for objective grabbing. But what made his list really interesting was that he took a unit of 10 Lychguard. I have been trying to make Lychguard work since the book came out because I love the models, but I had found no way to make them last. I had written them off as nothing more than a casual play unit until I saw how David run them.
He took 10, attached 2 Crypteks with Chronomitrons and attached Imotekh, Zandrekh and Obyron. What this did was allow him to soak wounds on the characters before putting any on the Lychguard. He would then use the Chronomitrons to reroll any failed saves. What this meant is that the unit was essentially invulnerable to any small arms fire. He would then teleport up with them using Obyron’s veil while simultaneously threatening with the Scarabs and just overwhelm most opponents. While that unit is hugely vulnerable to leadership based attacks, it is a brilliant way to make it actually function, and function very well. When it made it into combat, it smashed almost anything it hit. Plus with the veil, it was mobile enough to go where it was in a position to fight on it’s turns, and to contact any objectives late game, even if locked in combat. 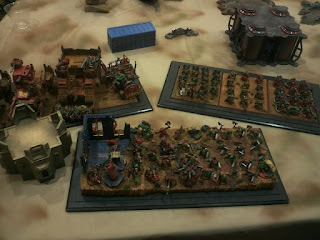 Lastly, Doug Johnson’s Orks (Dugg, owner of TableWar) were kicking butt as usual. Dugg has been a top ranked player all year since his great appearance at Adepticon last year, only losing to Tony Kopach in an incredibly close game in the semi-finals. Dugg’s lists are always different than the norm. He builds them around a core of 3 Battlewagons with tons of upgrades, most of which the average internet list builder would call terrible. He uses Grabbing Claws, Wrecking Balls, etc. to great effect. He only lost to Cooper’s Nids, and went through Grey Knights, Crons and Wolves a plenty to take third.
The moral of this story is that even in an incredibly competitive field such as this was, the so called “net-lists” don’t win as much as a lot of people like to say they do. Good players win with lists they fine-tune themselves, and with a wide variety of lists. Play what you want to play, and be confident in your opinions and ideas. You’ll be surprised at what may happen!
Thanks again to everyone who came for making this another fun, friendly, competitive (yes, the two do happen together all the time!) event. 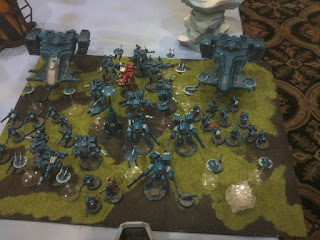 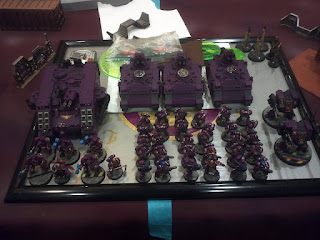 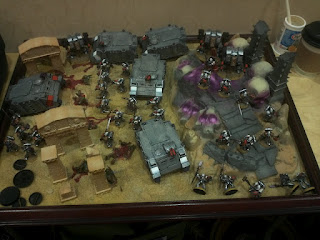 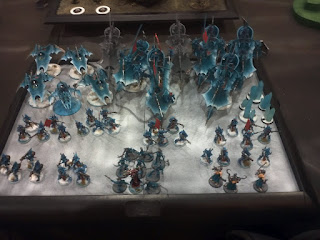 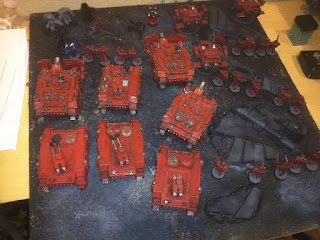 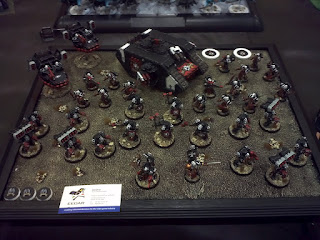 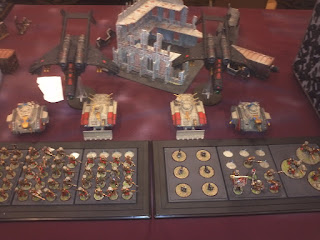 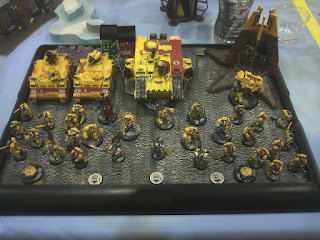