A Stroll Down Memory Lane: Origins of my Taima Legion Space Marines

You are here: Home › 40K › Editorial › Modeling › A Stroll Down Memory Lane: Origins of my Taima Legion Space Marines 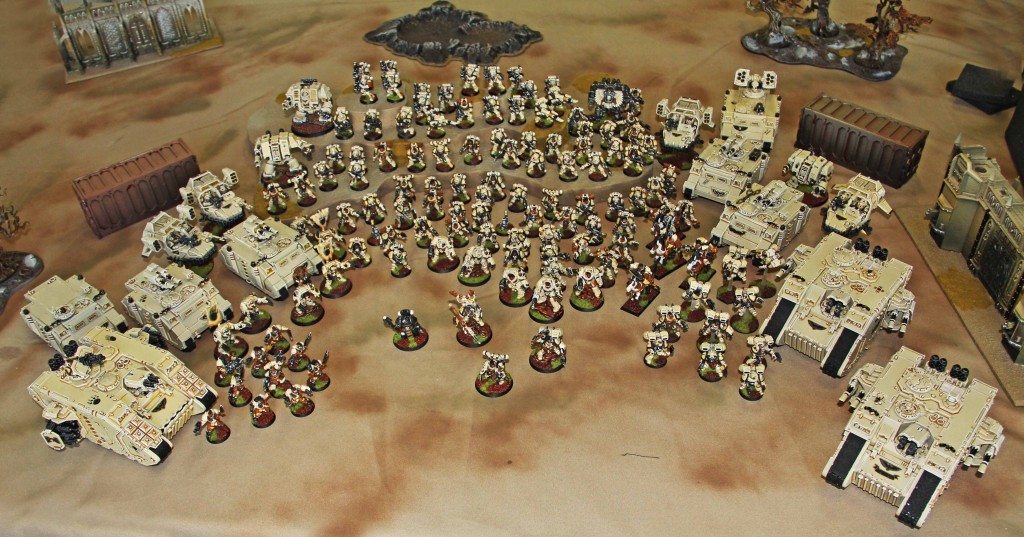 My favorite army: The Taima Legion!

A brief recounting of the origins of my 40K Space Marine army.

Back in the early days of my gaming career as a young lad, I was in England visiting family. My cousins took me to a Games Workshop store and introduced me to what would become my favorite miniatures game: Warhammer 40K.

I had a deep interest in the game as I am sure many of you reading this share, and was instantly drawn to the Space Marines, as most young guys are.

Of all of the cool chapters that were prevalent at the time, Ultramarines, Space Wolves, Blood Angels and Dark Angels, the later instantly struck me as the coolest. Why? They were Native American themed!

That to me was awesome. My Great Grandfather lived on a reservation in Oaklahoma and that part of our history was always big for me. I felt an instant connection to the army and started buying up and painting them as fast as I could. 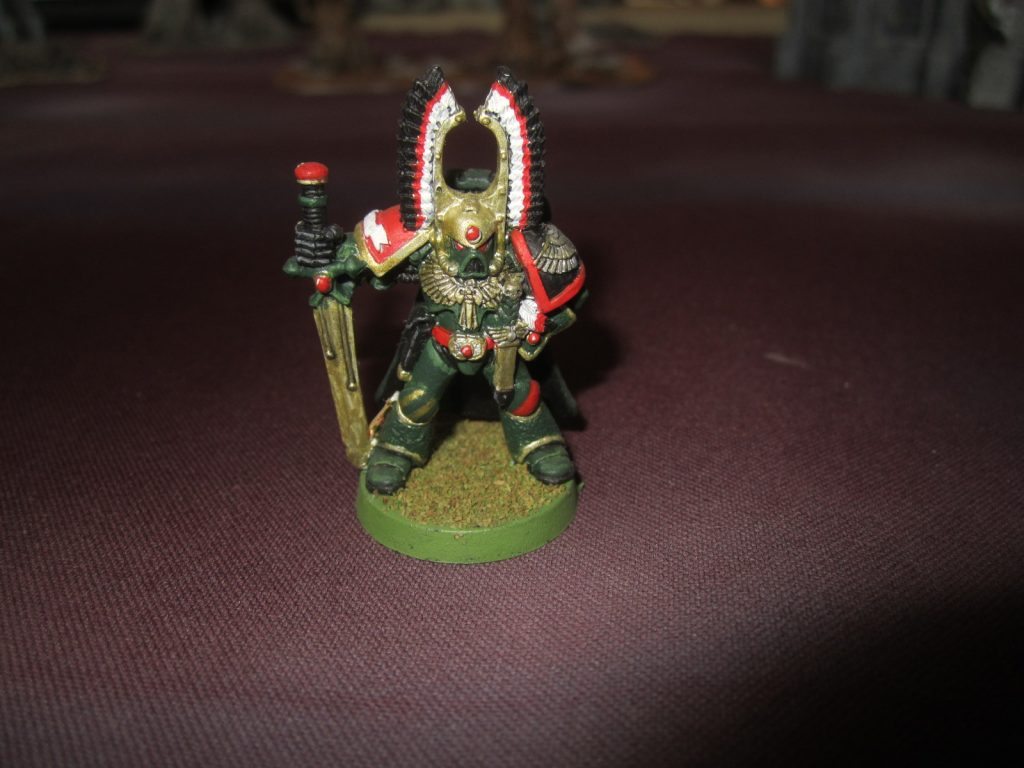 My very first 40K miniature! The paint job's not bad considering how young I was. 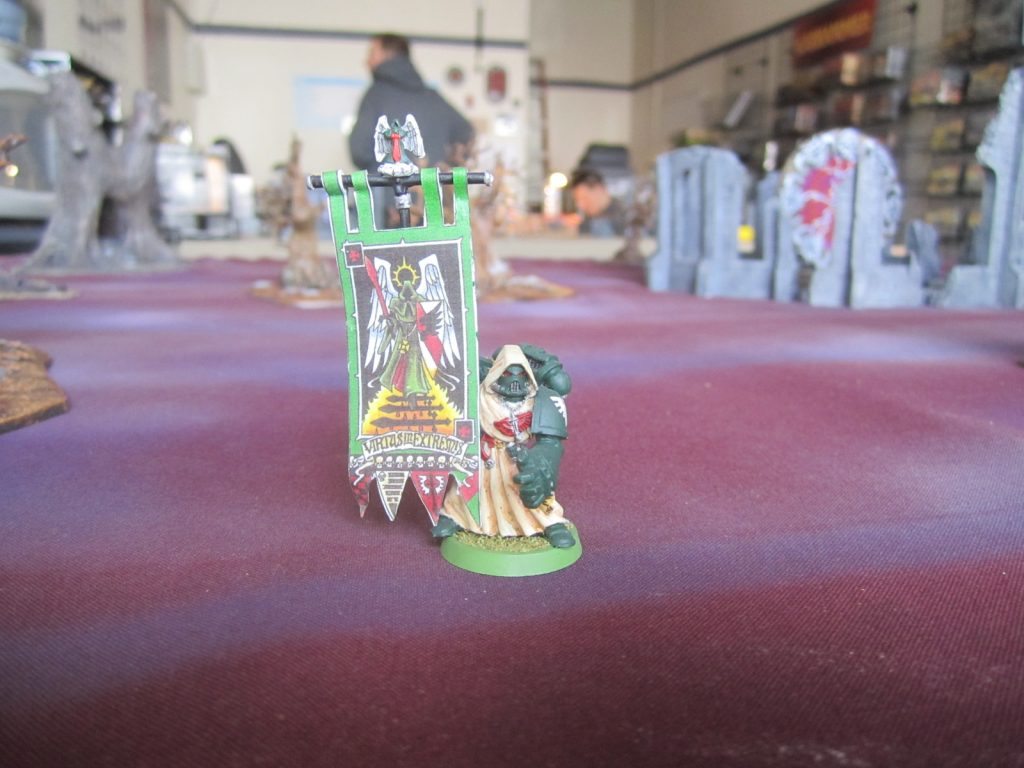 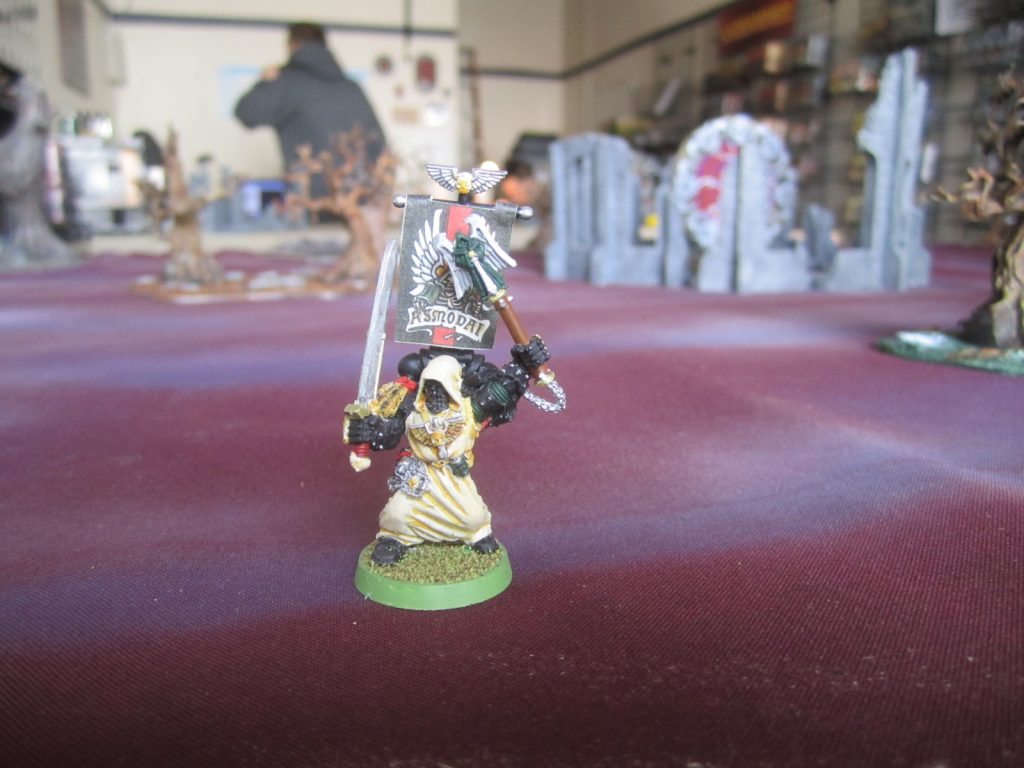 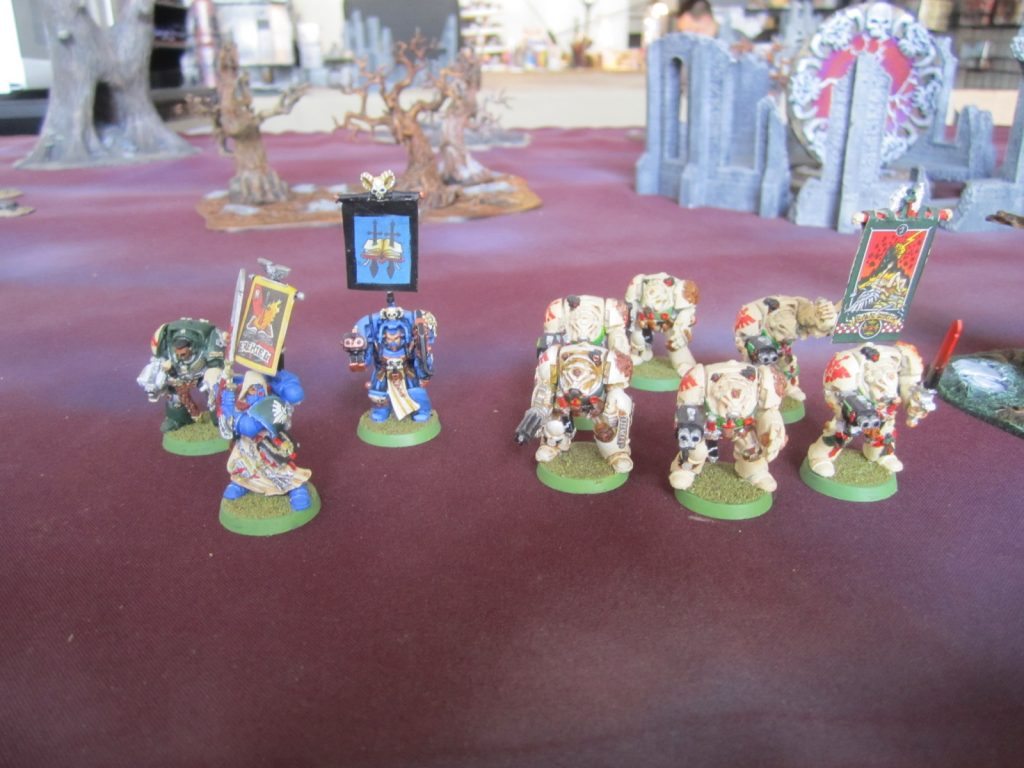 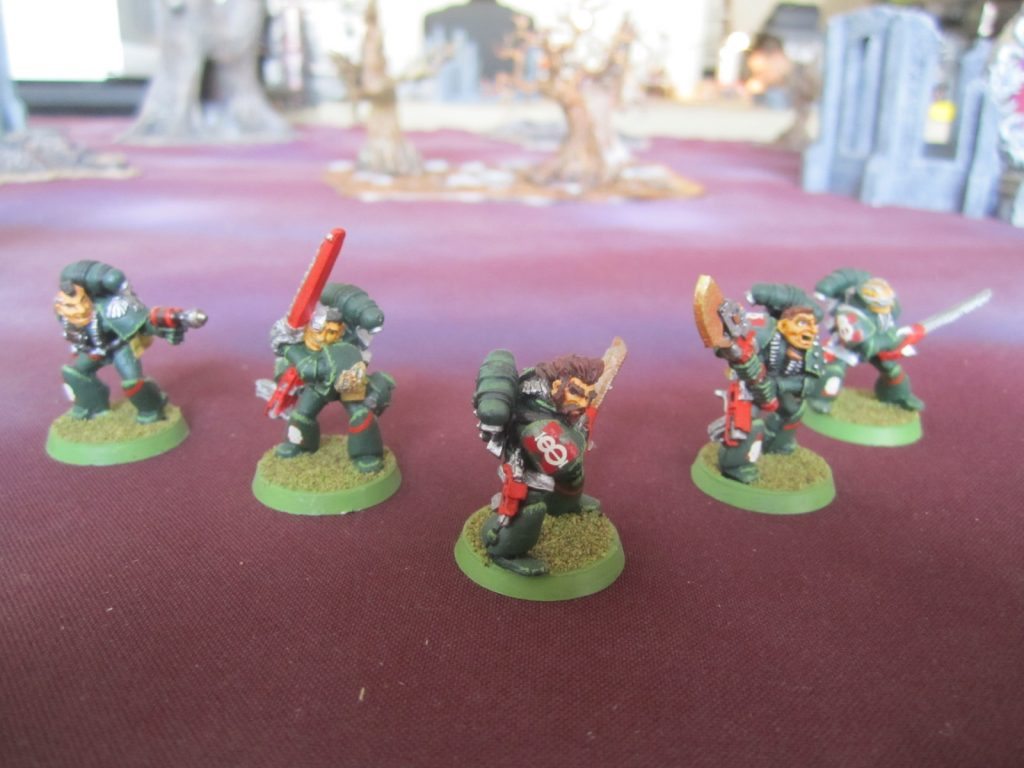 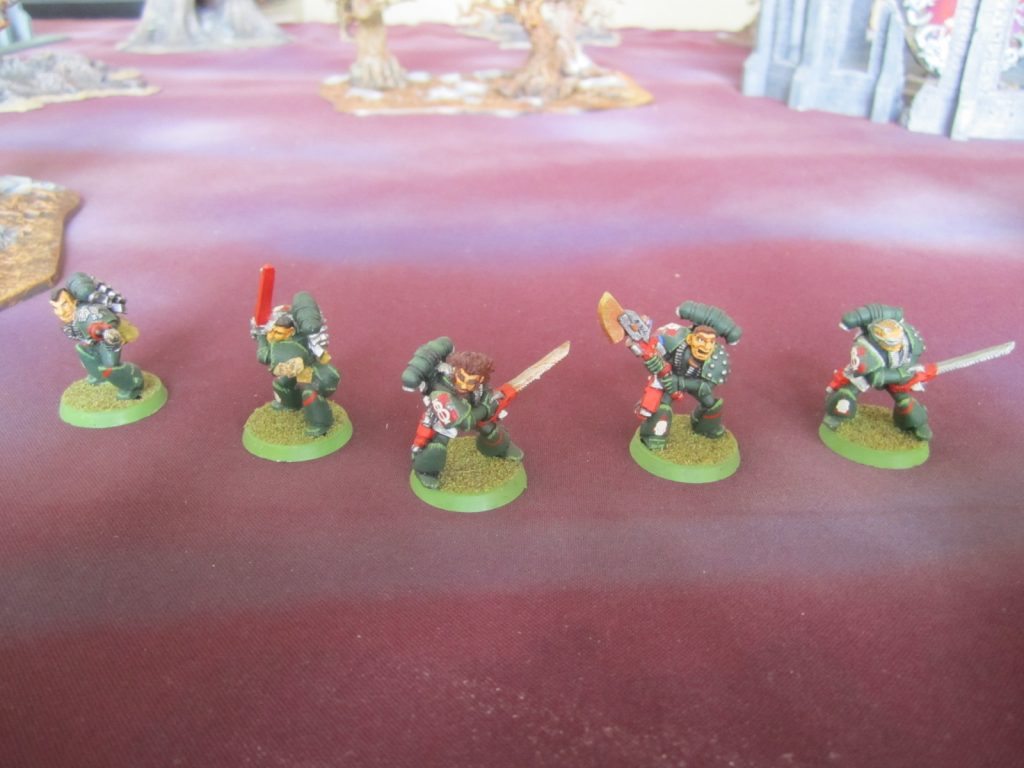 Another shot. Such cool models with crazy hair cuts. Not one of them is bald, or screaming!

As the years went on, GW eventually changed the fluff, as they so often do. The Dark Angels went from a super cool, Native American themed chapter of dark and mysterious Space Marines, to a really weird, dress wearing chapter of fanatics. I instantly lost interest. My favorite Marines in Green were relegated to the “Stubborn, Plasma” chapter…in dresses.” The army lost so much of what made them cool to me.

So, I decided that instead of getting mad about it, I’d do something proactive, as I usually do. I made my own chapter way before that was something that became as common as it is now.

I decided to make my Native American themed Space Marine force even if GW took the idea away, and to paint them Bleached Bone in honor of the original Native Marines, the Deathwing.

The army quickly took on a life of its own as my heart was in the creation of it, and I had a blast making up back stories for my various Captains, Librarians and Chaplains. I even made Scouts on horseback to fit the motif!

The army has quickly grown to be one of my favorites and also grown to an enormous size over the years. What is pictured above is only what I have fully painted too, there is more than that partially painted or even still waiting to be assembled. The cool thing about this army was not only that it was my own creation, complete with a fun back-story, but also that it allowed me to play the army as a wide variety of codices. While not my original intent with the army (I started it back in the 90’s before anyone did that kind of thing) it did allow me to get a lot more bang for my buck out of the book, which is always nice in this sometimes costly hobby of ours.

The moral of this story is that you should not feel inhibited by GW’s fluff. As a long time player I can tell you that it changes all the dang time. Make an army that speaks to you, and run with it. You will have a much longer love of it, and a greater level of attachment. If that army is one of the premade chapters, awesome! If it’s your own creation, then that is great, too. 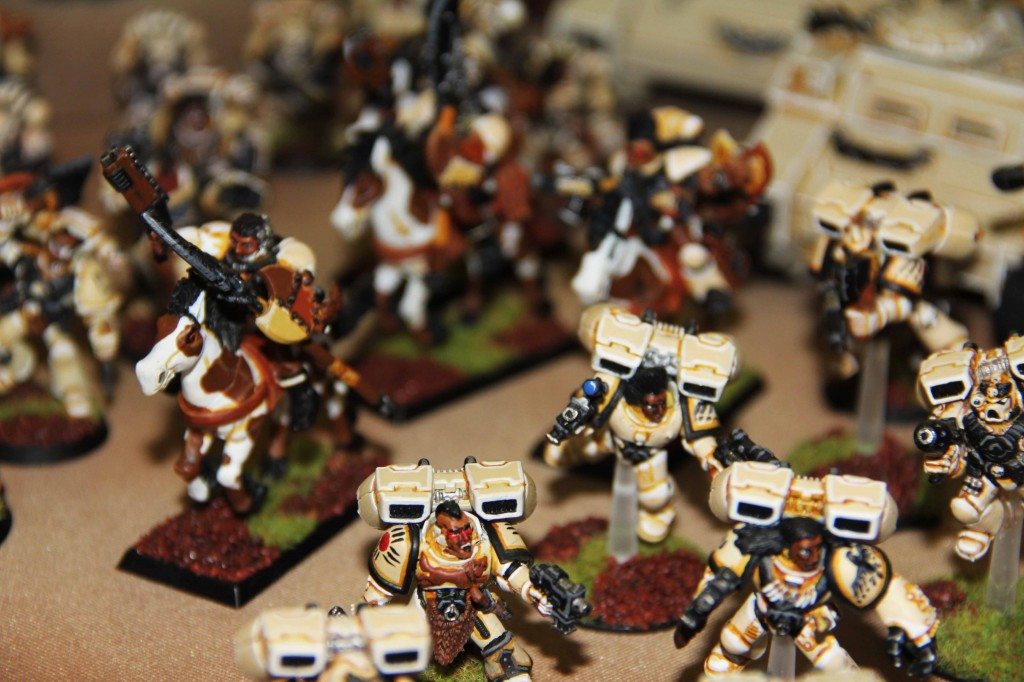 2 Responses to “A Stroll Down Memory Lane: Origins of my Taima Legion Space Marines”