Frankie is Looking for Critiques on his DE list for Adepticon

You are here: Home › 40K › Editorial › Frankie is Looking for Critiques on his DE list for Adepticon 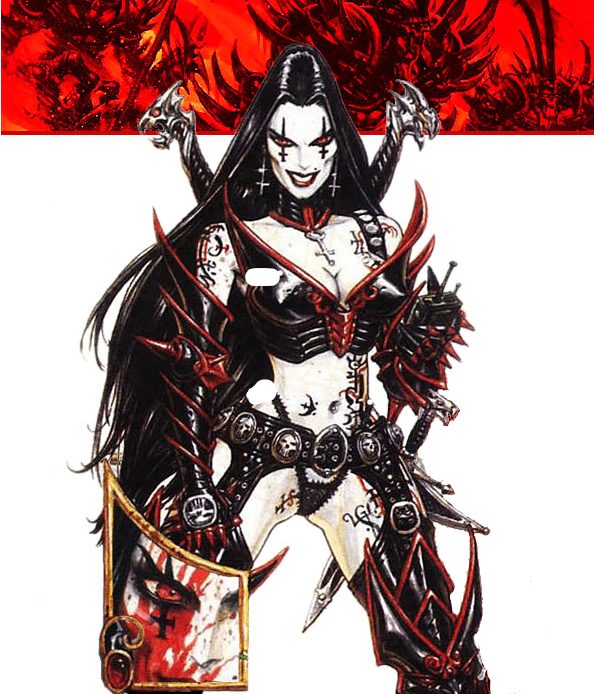 Frankie needs some help with his DE list for Adepticon.

Hey everyone White925 here today I need your guys help. The gang and I are headed to Adepticon in a couple weeks and I am thinking of changing my Dark eldar list a little bit. So I was wondering what you guys think and if you guys had any ideas.

My list usually consists of dark lance spam with twenty-two dark lances. I run three ravagers, five raiders, three trueborn squads with two dark lances, and a scourge squad with two dark lances. I also run Vect for the increased chances of going first with his four plus seize the initiative and his awesome close combat capabilities. I run a unit of wyches with Vect because I like the four+ invulnerable save in close combat, although the wyches are not much help to Vect in the killing category. Let me just state for the record that wyches in close combat are a pretty big disappointment, but a pretty good tar pit. They are definitely more of a defensive unit than offensive.

The rest of the army consists of warriors, which let me say are amazing and have won me a lot of games because of their rapid-fire poisoned weapons. The main problem I find with this army is that I only have one close combat unit which seems to break more often than not or Vect rolls a one for his save and loses his shadow field usually resulting in his death. So my thought is that I need more units up in my opponent’s face to distract them from Vect’s unit or keep them from shooting my dark lances in the backfield.

My new list is sixteen dark lances and three pretty elite close combat units. I run three Ravagers, five Raiders, and one squad of Trueborn with two dark lances. My close combat units will be Vect with a Wych unit, Urien with a wrack unit, and one Incubi unit. All are in raiders and fly into my opponents face turn one hoping to survive that turn of shooting. My thought is with three close combat units in your face turn one and heavy long range support in the back field, my army will last a bit longer. Hopefully this will also allow me to distract my enemy away from killing Vect and or my dark lances in the back field. So what do you guys think? Think I have any shot at winning this tournament? Or should I go back to the old drawing board?