40K Reader Response: Getting back into the hobby with 6th ed on the horizon.

You are here: Home › 40K › Editorial › 40K Reader Response: Getting back into the hobby with 6th ed on the horizon. 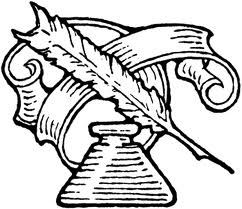 Readers write in, we answer!

Reader Olly wrote in asking us for a few words of advice on getting back into 40K after a long break taking 6th ed into consideration. I thought this was a question a lot of you out there might have and so decided to share the conversation as Olly makes some good points and asks some intelligent questions.

I’ve been away from WH40k for about 7 years now and recently made the foolish mistake of going to a local games club to catch up with some old friends and I am now sorely tempted to begin playing again. Let me start by saying I love the site, as a former competitive player, your insights in to the current 40k “meta” and battle reports are invaluable in helping me quickly get back up to speed with play-styles and tactics.

I have also been keeping a close eye on the 6th ed “leak”. I plan to only own one army of about 2,500 points with which I would be able to compete with at top level events here in the UK so I don’t want to invest only to have my army get totally nerfed come June. I have been playing tester games using friends armies and proxies to make up GKs (Purifier spam), SWs (Fairly standard) and BAs (Mechanised) and have found elements of each that I love.

So my question to you guys really is this, which of these armies do you consider to be the best long-term investment? I know GKs/SWs are boss right now whilst BAs are still considered to be very competitive (despite the well reasoned assertions of some that they SUCK!) but how would this change assuming the 6th ed. rules resemble something like we have seen in the leaked PDF? In your opinions, will GKs/SWs get seriously hurt? Will the rules propel (mechanised) BAs back to truly elite status with the new vehicle moving/shooting/disembarking+

assault? Any advice would be greatly appreciated.

Hi Olly, thanks for writing!

Glad you like the site, we work really hard on it and it is gratifying to know that people gain something from it.

Any of those armies is a solid choice, honestly. We have team members here that play all of them competitively, and they are all brutal. I feel that Purifier Spam GK is probably the best build out of what you listed i a take all comers environment, although Long Fangs and Grey Hunters are never a bad choice and run a very close second.

The thing is, going into 6th, both armies will get better in some ways and worse in others (assuming the rules are legit, which we think they are).

Not being able to score from inside a Transport or only being able to shoot 18″ out of one hurts GK more than Wolves as they tend to rely on staying inside their Rhinos shooting Psycannons with small squad sizes. Grey Hunters tend to come in larger, more resilient squads, but they still aren’t all that suited to baby sitting objectives. They are aggressive units that like to move up-field and assault. What we may see happen is units of 5 Grey Hunters (still dirt cheap) sitting BEHIND Lazorbacks (out of LOS) and camping an objective.

Both Long Fangs and Psyfilmen Dreads will become easier to hit with EV, but both also got more deadly with decreased cover saves and increased odds of hitting their targets.

GKs also took a hit with the force weapons becoming less deadly, although only slightly. The increase in Psychic defense (all psykers getting a 5+ to stop powers) will also impact GK more than any other army.

The move from KPs to the new hybrid KP/VP system will also hurt GK builds (particularly Draigowing builds) more than Wolves as they tend to have lower KP lists.

In all, with those lists, I think the Wolves take less of a hit, although by no means will GK be weak now. They will still be a top tier army IMO, just reigned in a bit which honestly is a good thing. Wolves will play largely the same as they do now, perhaps with less Long Fangs (although I doubt it). We may see a resurgance of Plasma Cannons as with the new rules for multiple blasts and reuced cover saves, they become absolutely deadly.

Blood Angels though, got a BIG boost in this rule set (and again, Raw Dogger’s article about them was humorous in intent). All of a sudden, characters like Dante are worth their points. 4 wounds means he can’t be insta-killed by much, and his ability to not scatter means deep-striking and then engaging into combat will be very good. Mephiston also got even better as he is more resilient to instant death.

Being able to make an engage move out of a vehicle that moves at combat speed also means that BA vehicles can deliver troops into combat far better than normal Marines. Since their vehicles are fast (if I am reading it right) they can move 12″ and the unit inside can assault. Nice one!

What this means, is that DoA angels, mech angels, and even better (IMO) hybrid BA, will be very good. The changes to the Power Weapon rules (5++ in combat) means that units like Sanguinary Guard are now much better, just about

Readers write in, we answer!

flying Terminators. Definitely worth taking a serious look at.

I feel that any of these three will be rock solid choices and that the playing field has been leveled to a large degree. Obviously, we still need to do a lot of play testing before we can say anything definitively, but that is my initial assessment.

I hope that information helps you make a decision, and welcome back to the hobby! Hit us up anytime.

9 Responses to “40K Reader Response: Getting back into the hobby with 6th ed on the horizon.”