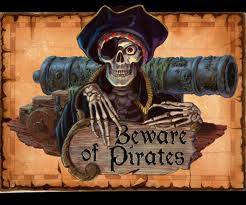 This is an article I wrote for BoLS that generated quite a bit of discussion, and I wanted to bring it over to Frontline and see what our reader base had to say on the subject.
Piracy. It’s a topic we’re all familiar with. From music to movies to miniatures, there’s always someone willing to sell something that “fell off the back of a truck.”
With the advent of the internet, the pirate’s bay, so to speak, has grown substantially. Recasting miniatures is nothing new, but what we have seen recently is an influx of new bad actors in the market who seem to not only be more organized but have a much larger capacity. I am sure most everyone reading this article is familiar with a certain Chinese company that has been ripping Forgeworld off blatantly, or the Russian and Eastern European companies operating via eBay and other online vendors. The thing is, most of these have been individuals in the past with limited means to produce. Some of these new companies though, have actual manufacturing capabilities that rival the companies they are ripping off.
The bottom line is that it is stealing. I think we all know that, but many folks just don’t care and purchase anyway because it’s so cheap. So what is the ethical gamer to do? We all know our hobby is expensive, but does that justify buying stolen goods? From a strictly moral stand point, no, it does not. Stealing is inherently wrong and if enough people buy the knock-off and not the original, the original disappears. 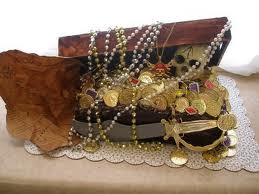 However, on the flip side of the dilemma is the implicit knowledge that these companies could actually charge substantially lower prices for their wares and still turn a profit. Perhaps not enough profit to run their businesses the way they do now, but it does present some interesting data.
I could easily understand how a cash strapped gamer, angry at yet another price hike from their favorite game company, decides to buy the knock-off and save some money. It isn’t right, I don’t think anyone will argue that, but could you argue that it is justified? All companies have a right to defend their intellectual property, and they certainly have the right to charge what the market will bear, but is there a point where those prices make many “justify” the purchase of pirated goods?
It is a difficult ethical question. I know that if I were to live in Australia, for example, where certain products are literally double what they are in the USA, the temptation would be much stronger for many, as the savings are so dramatic. It is the same question many people face when deciding to purchase online or from their FLGS. On the one hand you save money, on the other you support your local store which is where you actually play the games, make new friends and where new hobbyists are recruited.
Ultimately it is a tough problem. We’ve seen that no foreign country can easily force China from conducting business the way they do, at least no time soon and the “wild west” of many eastern European companies continues to offer easy safe havens for bad actors. So I doubt the Pirates are going anywhere anytime soon. With the internet and increased global connectivity, if anything it will only get worse. Perhaps then, the last option to the companies trying to combat this problem is to take away the one advantage the imitator has: the cost. Pirating bargain goods is not a particularly lucrative enterprise.
By lowering prices enough to make purchasing a knock-off a less desirable prospect, they would be able to recapture that lost business and perhaps increase revenue through volume. I think it would also go a long way to mollifying many of the gamers out there who have grown increasingly angry at what many see as ever-spiraling prices. 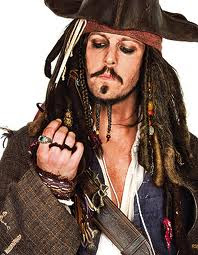 Perhaps I am wrong and perhaps we will see a PIPA or SOPA like era in internet economics that will stifle this. I hope not, as in my eyes, liberty and freedom are no price to pay to retain any company’s margins. I can only hope that the game companies of the world will see the value in working with their customer base instead of against them and drive the imitators out of the game through producing a better, and reasonably priced product. I can understand that they may not see it this way, and feel that they are being robbed (which they are), but in the end the wiser move may be to try different tactics.

What does the community feel about this topic?

← 40K Reader Response: Getting back into the hobby with 6th ed on the horizon.
Hot of the Presses: Beasts of War Reveals New Information About 6th ed leak →