This turned out to be one of the most fun games I have played in a long time! I just had to preface this with that statement.

Anyway, I wanted to try out the studio Necron army we’ve been working on https://www.frontlinegaming.org/2011/11/17/well-be-back-reviving-an-old-necron-army-part-3/ (and it is for sale, if anyone is interested) and I thought it would be cool to try out the old school Necron Phalanx with Ghost Ark support.

The plan was to use Overlords with big Bricks of Warriors plus a Crpytek to keep nasty assault units away using Harbingers of Transmogrification. The Overlord would use Phaeron to allow the big bricks of Warriors to move and shoot, and give them some punch in HtH.

The Ghost Arks would support the Warriors and the faster elements of the list (Annihilation Barge, Destroyers) would be used for mobile fire support and objective snatching.

Brother Captain Poncho’s list was built to represent a typical, balanced Space Marine list that would be similar to what you’d see in a pick-up game.

The game turned out to be crazy and fun, and I have to say, the more I play Necrons the more I like them. The codex is just good fun with lots of depth and tricks to pull out.

Here are the lists:

The Necron list is short points because I added up the Crypteks wrong the first go around. 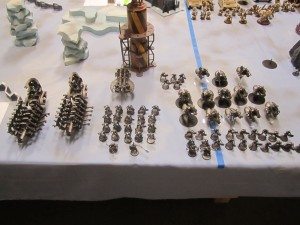 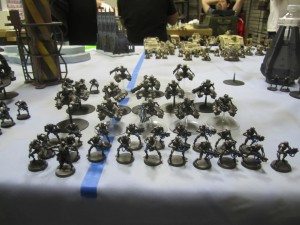 A brick of warriors! 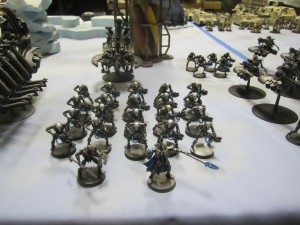 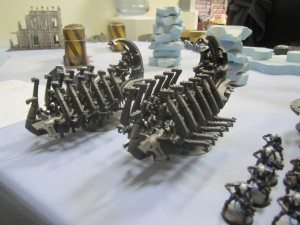 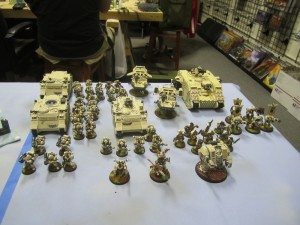 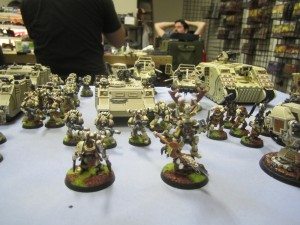 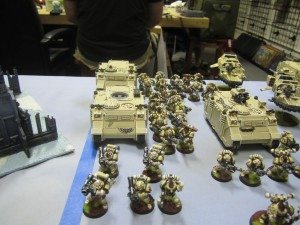 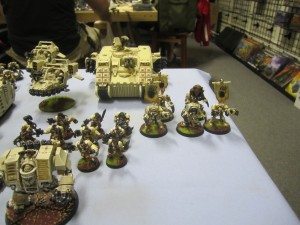 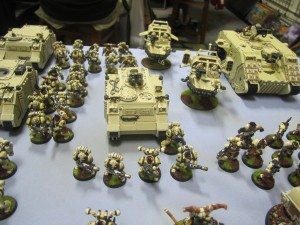 Leave a Reply to Rantimus