We’ll Be Back! Reviving an Old Necron Army Part 2

So far we’ve assembled some of the new Necron vehicles, and we have to say, they are awesome! A serious pain in the butt to assemble, but man do they look cool.

The Ghost Arc is huge, at least twice the size of a Rhino. The Barge is super cool looking too, it looks very Star-gate style space Egypt. Very, very cool models, highly detailed and full of character.

They add a lot to the force and with some primer on them, they are really starting to look cool.

The next step is to break out the airbrush and mimic the color of the models we acquired earlier as we like their look (Chaos Black mixed with Boltgun Metal), and then to highlight the entire kit and kaboodle with the airbrush. We are thinking of highlighting with Boltgun and then using Mithril Silver for extreme highlights. I want to use some Dwarf Bronze to add a contrast color, but with the white faces, which look really cool in a Dead Presidents sort of way, the contrast may look poor. Keeping the palette restricted to Boltgun, black, Mithril and Silver, with Blue accents on the power rods and wiring, will probably look better as it unifies the overall color scheme. 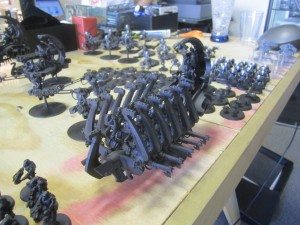 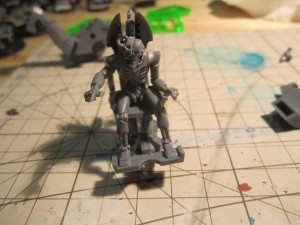 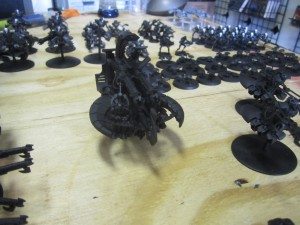 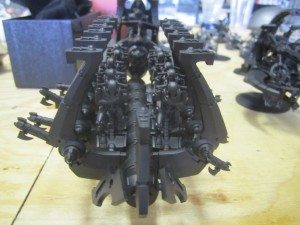 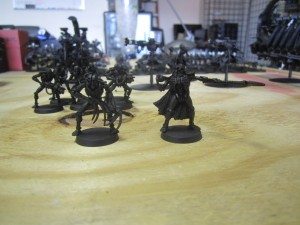 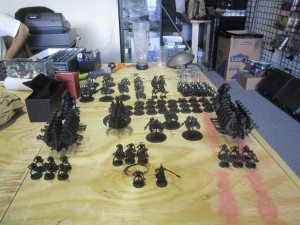 The Crons are coming together!